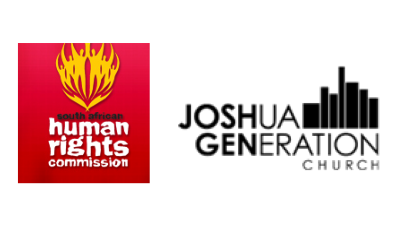 Joshua Generation Church (JGC) is preparing to make a presentation to Parliament in which it will urge the Government not to interfere in the beliefs of the Christian Church in South Africa and to respect freedom of religion and conscience in the country.

Parliament has elected a task team to hear JGC  because of a public outcry over a decision by the SA Human Rights Commission (SAHRC) to investigate a complaint against the Cape Town church because of its doctrine on corporal punishment, says JGC Senior Pastor, Andrew Selley, in a Facebook post. He says the church represents about 10 million Christians whose leaders have given their support to its call for Christians to stand together against increasing attacks on religious freedom.

“We believe that the State should not interfere unnecessarily into the family unit, but should respect the reasonable autonomy of parents to bring up their children as they believe best, according to their belief systems. This [the meeting with the Parliamentary task team] will be a very important meeting that will have an effect upon both the autonomy of the family, but also on the freedom of religion in SA!” says Selley in his post. He urges Christians to pray for the meeting.

Initally the meeting was set for yesterday (Tuesday, November 26), but on Monday the organising Portfolio Committee postponed the meeting because one of the key roleplayers had a pressing engagement, said Phillp van der Westhuizen, JGC Operations Manager and Elder.

“So now we will wait for an alternate date from them to speak about the SAHRC complaint and investigation,” he said.

On October 10, representatives of JGC and Adriaan and Hannah Mostert, the couple who complained to the SAHRC about the church’s corporal punishment doctrine, as well as other lobby groups, met at the Cape Town offices of the SAHRC in an attempt to resolve the issue. Subesquently Hannah Mostert told news media that the SAHRC investigation would go ahead because the church refused to change its position on corporal punishment.