[notice]Worship leader, piano teacher, youth pastor, Idols entrant and now an exciting new TV presenter for iShine Southern Starz. Who is this accomplished and humble young man? And what can we learn from his life and his walk with the Lord? Gateway News writer KERI MEYER got some answers in an interview with Connel Cruise.[/notice] 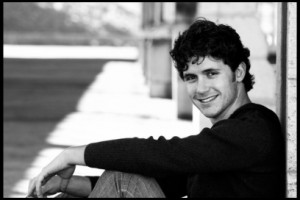 Connell is a born and bred Jozi guy who loves his city and his beautiful country. He also has a strong pull to the sea with family in various coastal towns. He enjoys visiting PE, Durbs and Cape Town and especially Cape St Francis.

His family plays a very big part in his life and career. Being exposed to music and surrounded by talented individuals has been a constant source of motivation and inspiration to this young man. From a grandmother who entertained and toured Europe as a young singer and dancer, to a brother and sister who both have a keen interest in music and performing, he has a whole family of supporters as well as critics.

Connell was taught to play the piano from the age of four by his grandmother and achieved his Grade 8 in Classical Music from the Trinity School of Music in London. Connell believes that his classical training has been invaluable to his career and has taught him many important principles that he has carried through to other genres of music.

Writing music is a passion for Connell and while he finds the music and the melody flows easily, it is the lyrics that challenge him to dig deep in his heart, be truthful and to not compromise in revealing the true heart and nature of God. Connell says that he often sits at his piano with his journal praying and singing to Jesus in order to find the words to fit the music that God has already given him.

Connell’s favorite scripture is Exodus 34:6 where the Lord presents himself to Moses and declares who He is. A God of compassion and grace, slow to anger and abounding in love and faithfulness. This scripture encourages Connell to write lyrics and music that are based on who the Word says God is and not his personal feelings.

Connell is currently studying theology in addition to the psychology and sociology qualification he already has. He says that even though his subjects may appear contradictory, he is grateful for what he has studied and has gained a deeper understanding of God’s grace for the world.

Connell is excited about his new venture as a co-presenter on Integrity Africa’s teen TV series, iShine  Southern Starz, with Courtney Jonas and Shanna. He believes that one of the greatest challenges facing young people is a lack of purpose and meaning in life. He says that the issues that young people face, like drug abuse and teenage pregnancy, are symptoms of a youth who have not yet discovered what God has called them to. He hopes that the programme will encourage young people not to label themselves according to worldly principles but according to Godly ones. iShine Southern Starz is on every Saturday morning from 8am to 9am on the One Gospel channel 331.

Connell is an inspirational young man who loves getting up in the morning and facing the day. He is enthusiastic and passionate about his life and wants to keep growing in maturity with the Lord. His signing with Integrity Africa has opened many opportunities and Connell aims to release an album every one to two years. He has an exciting future ahead of him and we eagerly await the next chapter.