The wide varieties of societal issues we face occur in an increasingly complex and rapidly changing society. Globalisation, information and communications technology (ICT), social networking, the role of the media and increasingly effective transportation systems are not only characteristic of holistic development, but also create opportunities for criminals to use innovative means to commit crime. 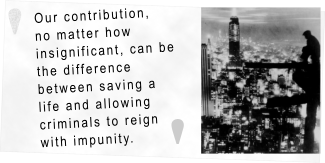 The average citizen is not always able to keep abreast of these changes and may therefore not be aware of the double edged, good and bad, life giving or life threatening potential of these changes. This knowledge vacuum causes individuals, communities and organisations to become vulnerable to innovative and subversive methods employed by criminals.

Researchers, managers and a broad spectrum of decision makers often use theoretical frameworks as a ‘lens’ to study, understand and formulate responses to problems. One such theoretical framework is the theory of complexity which aims at understanding the relationships between the different elements of a problem rather than ‘cutting up’ a problem into its different elements and studying those elements individually. Complexity theory promotes ‘big picture’ thinking and has been used as a valuable tool in understanding complex problems which occur in our increasingly complex and rapidly changing society.

One of the key themes in complexity theory is that of non-linearity; the idea that complex problems cannot be approached in a linear or simplistic manner just because they appear intractable. A linear approach to problem solving is usually based on the mechanical assumption that a specific input results in a specific output. In an increasingly complex social space this may not be the case – large problem solving inputs may result in modest outputs or vice versa. 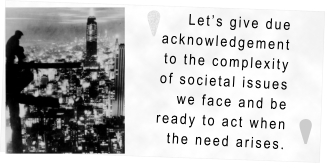 The crime of human trafficking is a societal issue which has been widely documented as being a complex problem and requires a host of multidisciplinary stakeholders (police, National Prosecuting Authority, social workers, and civil society) to work in synergy. One stakeholder failing to respond effectively (small input) may result in a lack of victim identification or even the loss of life (big output). Alternatively, large scale counter-trafficking police operations (big input) where sex workers are viewed as suspects, rather than potential victims or witnesses, may result in a lack of evidence and withdrawal of charges (small output).

The following two recent incidents, one local and one international, are examples of how individuals responded to a need by simply reporting suspicious behaviour to police (small input) and thereby preventing further harm and loss of life (big output):

A Dunoon man accused of abducting a 16-year-old girl from the Eastern Cape and using her as a sex slave for more than two months has appeared in the Cape Town Magistrate’s Court after being arrested by the Hawks. A young woman from the Nqamakhwe village in the Eastern Cape was allegedly forced into marriage by the accused, 47 year old Ayanda Wellington Wellem. The woman was allegedly held in Wellem’s house and forced to have sex with him. Her plight was only exposed after she became ill and persuaded Wellem to take her to a clinic because she needed medical attention. On September 20, Wellem agreed to take her to the clinic, where she told a nurse that she had been repeatedly raped. The nurse then notified the police, who traced the man to his home in Dunoon, where he was arrested a week later. The nurse, sister Ngingi, was subsequently honored with a certificate of appreciation by the National Freedom Network for her fundamental role in identifying a victim of human trafficking and responding to the situation.

Nancy Rivard flew home after attending a conference in the Dominican Republic when she noticed the strange behaviour of a woman who travelled with a little boy and girl. Nancy noticed that both children were visibly distressed whilst the adult female did not seem to be much concerned about them. Nancy called a human trafficking hotline number and reported the suspicious behaviour. Weeks later Nancy was surprised to receive a call from the Department of Homeland Security. Her hotline tip resulted in the discovery of a child trafficking ring operating in Boston where agents rescued 82 children who had been brought illegally from the Dominican Republic to the United States.

As a fundamental stakeholder in the response to human trafficking and crime in general, we as citizens of South Africa should not lose sight of the theme of non-linearity as found in complexity theory. Our contribution, no matter how insignificant, can be the difference between saving a life and allowing criminals to reign with impunity. Let’s give due acknowledgement to the complexity of societal issues we face and be ready to act when the need arises.

There is a light in this world, a healing spirit more powerful than any darkness we may encounter……It will emerge through the lives of ordinary people who hear a call and answer in extraordinary ways.
Mother Teresa