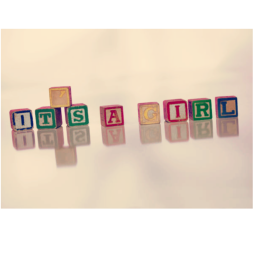 Many countries around the world ban sex-selection abortion, which is the practice of killing an unborn baby through abortion because of the babies’ gender. However, as many of us know the abortion industry doesn’t always care about following the law and sometimes participate in illegal practices.

As LifeNews previously reported, sex-selection abortion is an epidemic in nations like China and India, where women are often forced to abort female unborn babies. But in other countries many pro-life groups have reason to believe that these abortions take place illegally. In fact, in 2012, two abortion practitioners in England were suspended for their roles in facilitating illegal sex-selection abortions after being exposed by an undercover investigation.

Mark Bhagwandin, a LIFE spokesperson from the United Kingdom commented on illegal sex-selection abortions. She said, “For too long the industry has consistently abused, and in cases flagrantly broken the law on abortion with seeming impunity. In an industry where in practice there is abortion on demand it is no surprise that some abortionists see no problem terminating an unborn child simply because it is the wrong gender.”

Now another abortionist from the United Kingdom is under investigation after she conspired to perform an abortion because of a baby’s gender.

A doctor has appeared in court accused of offering an abortion based on an unborn child’s gender in a private prosecution launched by a pro-life campaigner.

Dr Prabha Sivaraman, 46, appeared at Manchester Magistrates Court yesterday in what is believed to be the first case of its kind in the UK.

At an appointment in February 2012, Dr Silvaraman is alleged to have offered an abortion to a woman who said she wanted it due to her baby’s gender.

The 46-year-old is accused of conspiracy to procure poison to be used with intent to procure abortion. The prosecution is being brought privately by Aisling Hubert, a pro-life campaigner, who is being supported by anti-abortion groups Christian Concern and Abort 67.

It comes after the Crown Prosecution Service decided to drop their prosecution against Dr Sivaraman and instead referring her to the General Medical Council.

Following the decision, Miss Hubert, aged 21, from Brighton, instructed solicitors to bring a private prosecution. She is said to have sought expert legal and medical opinion, with some medical professionals offering to give evidence in court.

Miss Hubert was represented by prosecutor Michael Phillips during yesterday’s hearing and it was heard by District Judge Khalid Qureshi. Dr Sivaraman, wearing a white coat, purple blazer and patterned blouse, did not appear in the dock but sat in the public seating area at the back of the courtroom.

Represented by defence Jonathan Barnard, she did not speak but stood only to hear details of the date of the next hearing. The case was committed to Manchester Crown Court for a preliminary hearing and it will next be heard at Manchester Crown Square on January 15 next year.

Although almost all criminal cases in England and Wales are brought to court by the Crown Prosecution Service, any individual or group with evidence that a crime has been committed can present evidence to a court to initiate a private prosecution.

Earlier this year, a pro-life group called Christian Concern released information about a poll that revealed that 84% of Brits oppose sex-selection abortions. Additionally, the group found that four out of five adults supported the prosecution of abortionists who authorized ‘gender-abortion’.