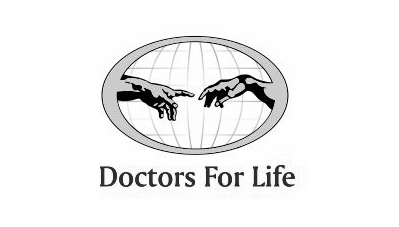 [notice]Doctors For Life International is concerned about a new SA Drug Master Plan that appears to promote “harm reduction”, a controversial approach that aims to channel drug abuse into a “safe” environment rather than to overcome it. DFL is a Christian-based organisation representing more than 1 800 medical doctors and specialists, three-quarters of whom practice in South Africa. DFL’s concerns are expressed in the following media release.[/notice]
What may appear to be a minor change in drug policy in the new Drug Master Plan actually signals a major change in viewing and dealing with drug abuse in South Africa. This is a change that we are sure most South Africans would find foreign and be unhappy about. We are referring to the incorporation of the term harm reduction into the new Drug Master Plan.

“We do not understand why, out of the blue, that a Drug Master Plan suddenly appears which seems to be saturated with the term ‘harm reduction’. We strongly object, and insist that all references to the concept and the words ‘harm reduction’ be removed from the document.

Harm reduction is promoted as an attempt to minimise the harm done to addicts and society, through the introduction of measures to control the environment in which elicit drugs are obtained and used. In practice however, harm reduction usually involves one or more of the following:

• Methadone maintenance programs – the long term provision of Methadone,
Suboxone and Subutex to addicts. All of them have addictive properties and
should therefore only be given in a transitional phase.
• Needle exchange programs (the provision of clean needles and syringes by the state to intravenous drug users).
• Providing free drugs and paraphernalia to addicts.
• Legalising and decriminalising the use of dagga.
• Providing shooting galleries and needle parks.
• Ultimately legalizing the use of all drugs, such as in Portugal.

The harm reduction approach promoted in the Drug Master Plan is so foreign to most South Africans’ way of thinking, that DFL is convinced the transition has not come about through public demand or grass roots community involvement. On the contrary, it appears to be coming about by means of a gradual infiltration. Actually, the whole concept of harm reduction is so controversial that at the UNODC’s 52nd session of the Annual Commission on Narcotic Drugs in March 2009, the following countries refused to sign the final document unless the term harm reduction was removed from the final resolution: Sweden, Russia, Japan, the USA, Colombia, Sri Lanka, Cuba, China and Italy. South Africa joined Cuba in objecting to the inclusion of the term harm reduction in the document. After efforts to incorporate the term harm reduction failed in 2009, the voices of advocacy were muted in 2010 and even more so in 2011. This makes it all the more strange to start moving in that direction now. One inevitably wonders if there is not some doctor somewhere, or some government official or any individual for that matter, who is benefiting financially from the sale of Suboxone.

Firstly, it is important to understand that harm reduction represents a totally new philosophy. The traditional approach to combating drug abuse consists of demand reduction. This is achieved through the prevention of drug abuse and the treatment and rehabilitation of existing addicts, and is usually supported by law enforcement and the reduction of supply. Through the eyes of the philosophy of harm reduction however, substance abuse is seen as inevitable, as simply a lifestyle option and a pleasure to be pursued, and even as a human right.

Harm reduction claims to be values neutral. There is no right or wrong choice. Your choice is your business and no one else should tell you how to choose. Once you have chosen, others should only be there to help reduce the consequences of your choice until, if, or when you choose, to choose differently. This contrasts significantly with the values implicit in demand and supply reduction;
• That certain choices are better than others, for instance, that the choice to get involved with drugs leads to trouble too often.
• That such choices do not only affect the persons involved, but their families, communities and the whole of society.
• That if people become dependant on drugs we will help them out of the trap, and try to keep them alive while we are busy doing it.
• The fact that there are some drugs which have been legalized through tradition, does not justify legalizing all drugs.
Harm reduction sees addiction as an incurable disease like diabetes. There is no hope of recovery and addicts remain in the drug scene. There is usually no social integration and addicts end up having to rely on social welfare.

The essence of a harm reduction philosophy has best been summarized by one of its own proponents, Julien Cohen, at the International Conference on Drug Policy Reform in Maryland, USA: “Harm reduction is not aimed at stopping young people from using drugs…it has a different philosophy and ideology from abstinence or primary prevention. Harm reduction education is about drugs…it is non-judgemental…one of the principles is that we respect young people’s rights to make their own decisions… Primary prevention tools are unsuccessful because they suggest, incorrectly, that drug use is abnormal for young people. There is nothing abnormal about it. Harm reduction education is about drugs. The primary prevention approach ignores the fun, the pleasure and the benefits of drug use. It is important that we understand quite clearly that drug use is purposeful, drug use is fun for young people and drug use brings benefits to them.”

From the above statements it is obvious that many people will have a problem with harm reduction:

• There is a concern in many circles that the introduction of harm reduction normalises and institutionalises substance abuse.
• The distribution of narcotic substances reinforces the individual’s addiction and causes the addict to have hardly any reason to stop.
• Studies have shown that harm reduction programs are costly. All who are using illicit drugs are by implication invited to join the state program for the safe and legal use of drugs, free of charge, for as long as they wish, which is often life-long.
• Furthermore, research has shown that almost all recipients consume additional drugs (polytoxemia), while using the drugs that are provided free of charge by the state, and that practically none of them ever stop taking drugs.
• It raises an important ethical dilemma because people can be morally compelled to actively promote what they are told is a “lesser harm” (controlled addiction to less dangerous drugs), in order to overcome a “greater harm” (unhygienic use of more dangerous drugs).
• There is a powerful symbolism in the State decriminalising drugs of abuse and providing paraphernalia for drug use.
• The government can be seen as financing self destructive behavior.

DFL is therefore of the opinion that drug abuse, whether in a controlled or uncontrolled environment, remains destructive to both the user and society. Our goal should be to eliminate drug abuse – not to find a cleaner and safer way to do it. To liberate an addict means to liberate them from drug addiction as soon as possible by means of withdrawal and treatment, and to assist them to reintegrate into society, both socially and occupationally. All other measures actually prolong substance abuse and support addicts on their path of physical and psychological destruction. Real help for people with addictions must be coupled with true sympathy and social responsibility. During withdrawal therapy the addict must balance out their personality deficits, and be trained in lost or undeveloped abilities and skills. Even after years of dependency, drug addiction is curable, even if several attempts are necessary.

We do not understand why, out of the blue, that a Drug Master Plan suddenly appears which seems to be saturated with the term ‘harm reduction’. We strongly object, and insist that all references to the concept and the words ‘harm reduction’ be removed from the document.

Doctors for Life International, represents more than 1800 medical doctors and specialists, three-quarters of whom practice in South Africa. Since 1991 DFL has been actively promoting sound science in the medical profession and health care that is safe and efficient for all South Africans. For more information visit: http://www.doctorsforlife.co.za