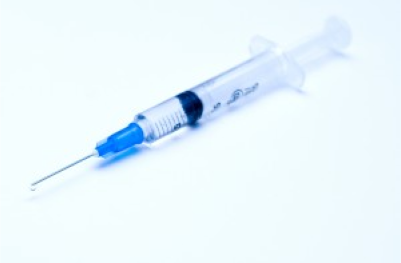 A Dutch professor who once expressed his support for legalized euthanasia is now warning others that it can lead to a ‘slippery slope’ of a surge in deaths.

“I used to be a supporter of the Dutch law,” stated Professor Theo Boer of the University of Utrecht in a letter to the Euthanasia Prevention Coalition. “But now, with 12 years of experience, I take a very different view.”

Boer was also among those who recently spoke before the UK House of Lords in regard to an assisted suicide bill presented by Lord Charles Falconer. He explained that while he had once advocated for the legalization of euthanasia in the Netherlands, but now that he has seen how it has resulted in almost a record number of suicides, he has changed his mind.

Euthanasia was legalized in the Netherlands in 2002, and while there were 1,882 assisted suicide deaths as a result, this year, the number of deaths is estimated to reach approximately 6,000. Boer has served on a review committee since 2005 to study euthanasia in the country, analyzing the cases of almost 4,000 deaths.

“Cases have been reported in which a large part of the suffering of those given euthanasia or assisted suicide consisted in being aged, lonely or bereaved. Some of these patients could have lived for years or decades,” he lamented in his letter to the Coalition.

The Daily Mail reports that assisted suicide, if legalized in the UK, could follow the same pattern as abortion, as the country sees nearly 200,000 unborn children murdered in their mother’s womb every year.

“Whereas the law sees assisted suicide and euthanasia as an exception, public opinion is shifting towards considering them rights, with corresponding duties on doctors to act,” Boer stated. “Pressure on doctors to conform to patients’ (or in some cases relatives’) wishes can be intense. Pressure from relatives, in combination with a patient’s concern for their well-being, is in some cases an important factor behind a euthanasia request.”

Connect with Christian News
He warned that once the harm is done and euthanasia is legalized, “[o]nce the genie is out of the bottle, it is not likely to ever go back in again.”

Others also spoke out during the 10-hour hearing in the House of Lords this month, such as Lord Bernard Ribeiro, a retired surgeon.

“[The] assisted dying bill would fundamentally alter the role of the doctor-patient relationship. Doctors should preserve and improve life. If they are also involved in taking life, a damaging conflict of interest will occur, which patients will not understand,” he stated. “There is a danger that a right to die may become a responsibility to die, making vulnerable people more vulnerable.”

Other similar proposals have failed in the states, such as in Maine, where the Health and Human Services Committee overwhelmingly rejected legislation last year by a vote of 10 to 2. Voters in Massachusetts also struck down a ballot initiative in November 2012, which would have also legalized “right to die” efforts.