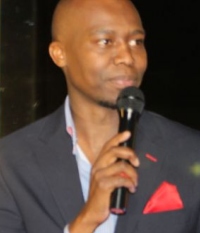 He says this in an email sent today in response to questions asked by Gateway News following yesterday’s Advertising Standards Authority of South Africa (ASA) press release about a rise in consumer complaints about commercials on e.tv advertising pornographic sms services.

Gateway News asked the free-to-air broadcaster to respond to the following questions:

“e.tv ensures that the adverts it receives are in line with the Advertising Code and relevant regulations. To this end, e.tv has in place an Adult SMS Policy which specifies what type of adult sms’s are acceptable and at what appropriate time slots these may be broadcast.

“The channel complies with the advertising code and relevant regulations such as the BCCSA guidelines.

“However, advertising content is the ultimate responsibility of advertisers and marketers. If the content of advertising is inappropriate and in conflict with the provisions of the Advertising Code as administered by the Advertising Standards Authority (the ASA), it is the advertisers who have to appear before the ASA to justify their advertising content. Our clients are required to be members of WASPA and need to comply with its Code of Conduct. Our clients are required to provide us with proof of their WASPA membership. e.tv furnished the ASA with this policy in 2006. After a review, we provided the ASA with an updated version in April 2010. The ASA has never raised any concerns with the content of our policy. e.tv regularly reviews its policy in order to be responsive to viewer concerns at all times.

“On numerous occasions, we have assisted the ASA with copies of adverts complained about and details of concerned advertisers to assist them in their investigations on complaints they receive. This is because it is in our interest to ensure that all broadcast content complies with the relevant Codes and is not offensive to our viewers. Of paramount importance, is our responsibility to ensure that children are protected from harmful content.

“To ensure that children are protected, e.tv subscribes to an internationally accepted principle of the watershed period. In terms of this principle, content intended for adults is only broadcast after 21h00. Adult content considered more  serious would be allocated a much later timeslot. For this reason, adult sms’s adverts are flighted only after 23h00 when many children would not be expected to be in audience. And even then, they are flighted in programmes of an adult nature with significant nudity and sexual content.