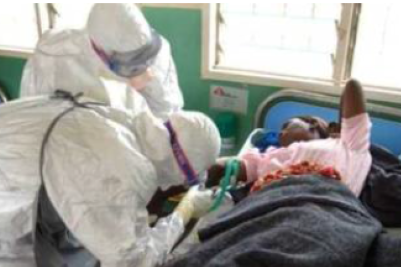 By INcontext Ministries – Originally published in A World In Motion, Issue 106, 21 August 2014

The Ebola outbreak in West Africa, first reported in March, has rapidly become the deadliest occurrence of the disease since its discovery in 1976. More than 1 000 people have died, with Sierra Leone, Guinea and Liberia the worst affected.

The World Health Organization (WHO) has declared an International Public Health Emergency and believes that the numbers of people affected are far more than those reported. The president of medical charity Doctors Without Borders (Medecins Sans Frontieres) said they believe the outbreak will take about six months to bring under control, and that the situation is “deteriorating faster, and moving faster, than we can respond to”. Added to the medical crisis is a humanitarian one, with growing numbers of people stranded without basic necessities in quarantined communities. (BBC News, TIME Magazine)

BREAKING NEWS: US Ebola victim Dr Kent Brantley has been released from hospital and thanks God for his miracle cure.

Despite the long odds, two Ebola vaccines could begin initial safety testing in people as early as next month, according to an official from the US State Department of Health and Human Services. While testing will be in healthy volunteers, some of those volunteers might be health care workers who intend to go to Africa. (NY Times)

When helping is foolish
While there is a desperate and growing need for medical experts and health workers to go to the epicentres of the outbreak to help contain the crisis, the infection of the first two Americans sparked a wave of debate about Western involvement, particularly related to the fact that they were serving in the region as Christian missionaries. Dr Kent Brantly is a medical doctor serving with a Christian relief organisation called Samaritan’s Purse, while Nancy Writebol is a country co-ordinator for SIM (Serving in Mission), who volunteered to help at a hospital when the outbreak worsened.

Many people have expressed their admiration for Brantly’s and Writebol’s courage and sacrifice, but others have openly criticised their choices. One issue was that they were brought back to the US for treatment: celebrity businessman Donald Trump stated on Twitter that “the US has enough problems” and that “people that go to faraway places to help out are great – but must suffer the consequences”.

Conservative commentator Ann Coulter protested Brantly’s involvement in Liberia on various levels, describing his going to an area of risk as “idiotic” and asking “how the Ebola doctor feels now that his humanitarian trip has cost a Christian charity much more than any services he rendered”. Coulter went on to express her belief that Brantly would have done far more good serving at a US hospital and witnessing to Americans in positions of power – this, in her opinion, would have done “more good for the entire world than anything he could accomplish in a century spent in Liberia”. She referred to the “spiritual bankruptcy” of the US, and the desperate need for American Christians to reach out to their own nation before they considered other people, places and needs. Her final criticism of Brantly (and others like him) came from her opinion that serving God in a third-world country is easier (and more “heroic”) these days than “fighting the culture war” in the West, where speaking up as a Christian is now the unpopular thing to do. │

The assumption of risk
Brantly and Writebol are among an estimated 1.6 million American adults who participate in mission trips – both short-term and long-term – to foreign countries every year (according to Princeton sociologist Robert Wuthnow). And for many of these, there is generally risk in some form – health, local unrest and violence, specific targeting due to activities and witness, and abduction for profit.

Dr Anthony Parker, former missionary to Benin and now mission trainer with Pioneer Bible Translators, wrote an article (“In Harm’s Way”) in response to the heightened sensitivity to ‘risky missions’ in the wake of the Ebola outbreak (http://www.mrnet.org/news/2503). Central to his discussion is the understanding that “personal safety can never be the disciple’s highest priority” – Parker quotes Dietrich Bonhoeffer’s well-known statement that “when Christ calls a man, He bids him come and die”. But for Parker, this attitude is relevant for all believers: “[Cross-cultural missionaries are] not called to a greater level of commitment than any other disciple of Jesus. The context to which they are called may put them at greater risk, but every disciple of Jesus is called to the same level of unconditional obedience.”

A time to retreat
In the days following Brantly’s and Writebol’s infections, both the Samaritan’s Purse and SIM teams decided to evacuate their non-essential personnel from the regions affected by the Ebola outbreak, inviting the question of when it is necessary for Christians to stay and when it is wiser for them to retreat.

In his analysis of the risks that Christians face on the mission field, Parker acknowledges that there is, unquestionably, a time to retreat, and that the Bible contains many examples of when godly people (Jesus included) fled danger or intentionally avoided dangerous situations. So how is the decision made? Parker’s reasons to retreat include a weighing up of the cost of going versus the cost of staying, the impact that the decision will have on others, whether or not the decision to stay or leave will put others at risk, and how staying or going will impact the local church and the ministry. Ultimately, he says, the decision needs to be guided entirely by God’s Spirit.

FROM A CHRISTIAN PERSPECTIVE
Ann Coulter is not wrong in her call for American Christians to actively be involved in the needs of their own nation. But for all Christians, serving God is not a question of responding rationally to observed needs – it is always a question of asking God where He wants to use us followed by a decision of whether or not we willing to obey.

Dr Brantly, writing from Emory University Hospital in Atlanta where he is being treated, made the following appeal: “Please pray for [my and Nancy’s] recovery [but] more importantly, pray that we would be faithful to God’s call on our lives”.

PRAY > For God’s divine intervention against the Ebola outbreak > For the protection of missionary (and other) health workers > For the efforts of Christian workers to be recognised as an expression of the love of Jesus Christ.