Comment invited on draft Code of Conduct for Religion

Originally published in The Christian Institute Eminent scientists have raised “grave concerns” about a controversial new procedure to genetically modify human embryos. In a world first, a team in China used the technique, called Crispr, to alter an abnormal gene that causes a life-threatening blood disorder. They used abnormal embryos […]

Five hundred Unashamedly Ethical (UE) commitment forms were signed and many more sign-ups were made online during an exciting 5-day visit to Jamaica by South African businesman and UE campaign founder Graham Power. What began simply a little over a year when John Roomes, CEO of Wycliffe Bible Translators Caribbean […]

Originally published in The Christian Post British members of parliament have voted in favor of a bill that paves the way for the creation of “three-parent” babies with the DNA from two women and one man, aimed at tackling genetic diseases. The approval comes despite concerns from the Church of […]

Originally published in Anglican News.org President Uhuru Kenyatta has appointed Anglican Archbishop Eliud Wabukhala to chair the National Anti-Corruption Campaign Steering Committee of Kenya. The appointment of the 14-member committee, which includes Ethics and Anti-Corruption Commission boss Mumo Matemu, was announced in the latest Kenyan Gazette. Wabukhala will be deputised […] 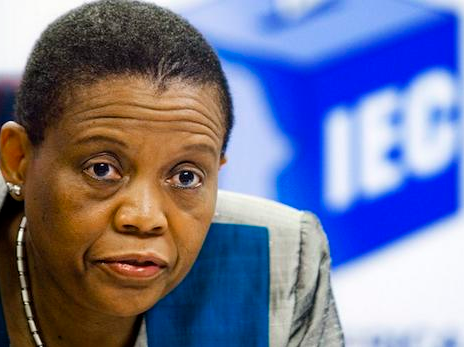 The resignation of advocate Pansy Tlakula as the chairperson of the Independent Electoral Commission (IEC) amid allegations of a conflict of interest in the IEC’s procurement of office space in Centurion leaves a bitter taste in my mouth. Advocate Tlakula is someone who has been with our electoral body since […]

Ebola and the question of risk

By INcontext Ministries – Originally published in A World In Motion, Issue 106, 21 August 2014 The Ebola outbreak in West Africa, first reported in March, has rapidly become the deadliest occurrence of the disease since its discovery in 1976. More than 1 000 people have died, with Sierra Leone, Guinea and […]

[notice]A monthly column in which we share testimonies of some of South Africa’s ‘True Champions’ who bring glory to God and bless their fellow-citizens, by opposing the tide of corruption and taking a strong stand for ethics in their spheres of influence. Suggest a True Champion: email news@gatewaynews.co.za[/notice] Your greatest […]

Christian leaders representing over 1 billion people from 170 nations have sent an Open Letter to heads of the G20, calling for urgent action on corruption and tax evasion, reports Micah Challenge International in a media statement released yesterday (June 26, 2014). This historic anti-corruption initiative by the global Church […]

[notice]A monthly column in which we share testimonies of some of South Africa’s ‘True Champions’ who bring glory to God and bless their fellow-citizens, by opposing the tide of corruption and taking a strong stand for ethics in their spheres of influence. Suggest a True Champion: email news@gatewaynews.co.za[/notice] Faith, passion, […]