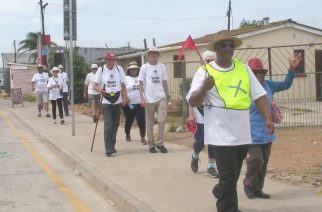 We are now on day 8 of South Africa’s 21-day national lockdown. Basic things like public gatherings and other non-essential services are banned after President Cyril Ramaphosa announced this measure to curb the spread of the novel coronavirus. His administration has invoked the Disaster Management Act 57 of 2002. The […] 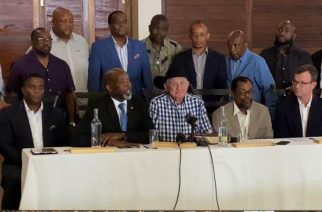 Pastor and author Afrika Mhlophe who has been a main speaker at a number of Mighty Men Conferences reflects on a week in which Mighty Men Movement founder Angus Buchan has taken a battering in the media and apologised twice for something he said. Angus Buchan stirred the hornets’ nest […] 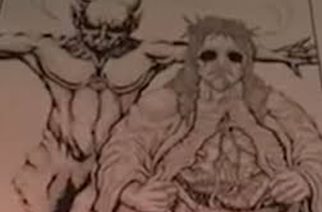 When artistic licence gets pushed too far — Afrika Mhlophe

Also see news report: http://gatewaynews.co.za/kzn-matric-pupil-says-his-art-is-not-satanic-but-explores-commercialised-religion/ “The end justifies the means” is basically the explanation given by the student whose artwork provoked a lot of outrage from South African Christians. Brett Murray had the same pragmatic response for his controversial painting, The Spear. In it he depicted SA President Jacob Zuma in […] 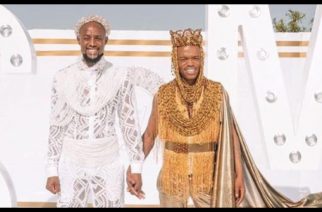 One of the lead stories in South Africa over the weekend was the much-anticipated ‘wedding’ of Somizi Mhlongo to longtime same-sex partner Mohale Motaung. Somizi is a flamboyant socialite who is very open about his homosexual lifestyle. He once caused a stir when he stormed out of Grace Bible Church […] On Wednesday President Cyril Ramaphosa called for a special joint sitting of both houses of parliament — the National Assembly and National Council of Provinces — to discuss the troubling issue of gender-based violence. In his speech he revealed that “South Africa is one of the most unsafe places in […] The fallout experienced by Israel Folau following his now infamous tweet is a cause for great concern. You might think that the issue is purely about love vs hatred for homosexuals but it is far more than that. It is fundamentally about a culture of authoritarianism and intolerance. A culture […] South Africa’s 2019 National elections are done and dusted and the results tell an interesting tale. As to be expected, the ANC took the lion’s share of the vote and will continue to govern for the next five years. What stands out for me is something that took place immediately […]

I am privileged to have been part of a groundbreaking conference held recently by the Association of Christian Schools International (ACSI). The conference was from February 6 to 9 in Randburg and its focus was on sexual identity. Various contributors tackled issues related to the LGBT community, with the focus […] The sensational trial of Nigerian pastor Timothy Omotoso should be seen by South African Christians as a blessing in disguise. It presents an opportunity for self-introspection and to reflect on problematic leadership tendencies within the Church. The senior pastor of Jesus Dominion International faces charges of rape and human trafficking. […]