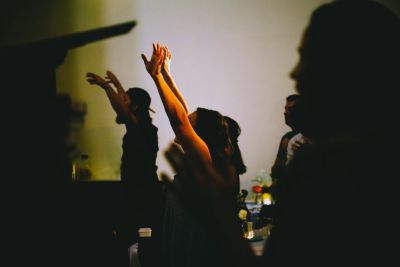 Parliamentarians who met on Tuesday to discuss their response to a report by the CRL Rights Commission calling for religious licensing expressed support for an appeal by the religious community to regulate its own affairs.

This week’s verbal responses by the Parliamentary Portfolio Committee on Cooperative Governance and Traditional Affairs (COGTA) — while not their formal report — were very encouraging says Freedom of Religion SA (FOR SA) in a news update released today.

Significantly, no member of the COGTA committee endorsed the CRL’s proposal —  in its Report on the “Commercialisation” of Religion and Abuse of People’s Belief Systems — to license and regulate religion, or recommended that it be forwarded for adoption and implementation by parliament, says FOR SA, which attended Tuesday’s meeting.

It says that the encouraging indications from COGTA  were a result of pressure from the religious community and its commitment to constructively engage in the process in the face of a major threat to religious freedom should the CRL licensing proposals be approved — effectively resulting in state control of religion.

COGTA’s meeting on Tuesday followed two days of meetings in November last year when a broad-based representation of the religious community presented  their views and serious concerns on the CRL’s report.  The purpose of the Tuesday meeting was for COGTA to consider their recommendations on the “next steps” that they will send through for consideration by the National Assembly.

COGTA began by commending the CRL for their hard work in preparing the report and highlighting an area where there were areas of abuse, reports FOR SA. However, they observed that every submission received from the religious community had condemned these types of abusive practices, while at the same time expressing an almost unanimous view that these problems would not be resolved by the recommendations in the CRL’s report.  Instead, there was an overwhelming  appeal by the religious community that it should be given the opportunity to put its house in order by developing its own solutions to the issues identified in the CRL’s report.

National consultative conference
Following some robust discussion among its members, COGTA indicated that since the religious sector had agreed that there were problems, it should be given the opportunity to self-regulate by finding its own solutions.  They therefore supported a proposal for a national consultative conference, where a full discussion could take place on the issues raised in the CRL’s report.  They further suggested that this could include the development of a code of ethics based on the Religious Freedom Charter, which it noted was already widely adopted by the religious community.

The committee also noted that there are already laws in place which address many of the issues highlighted in the CRL’s report, but that these are either not being applied or not being properly enforced. It recommended that this be rectified with immediate effect and, where necessary, that relevant legislation be strengthened to ensure proper compliance and accountability.

In this regard, the NPO Act was specifically mentioned since if all religious organisations are registered as non-profit organisations, the provisions of this Act already require financial accountability and other documentation which will help to ensure that proper governance is in place.  While recognising that belief cannot be put on trial, COGTA also recommended that existing advertising standards be applied more rigorously to ensure that religious organisations cannot use the media to sell products or make misleading claims that cannot be substantiated.