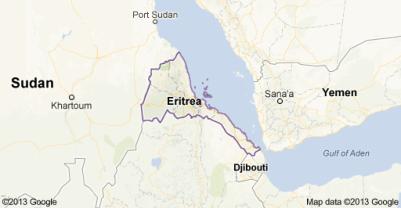 There was uncertainty Tuesday, March 5, about the situation of 125 Eritrean Christians who were “beaten and detained” in western Eritrea as part of a new government campaign against Christians worshiping outside the state-backed churches, rights investigators said.

At least 85 of them were arrested over the last week, said Open Doors, a major Christian advocacy and aid group. Among them are 45 men and women who were arrested February 27 for worshiping “outside the Orthodox, Catholic and Evangelical Lutheran Churches,” the group said.

All of those detained since January are members of an evangelical denomination in the south-western town of Barentu, according to Open Doors investigators.

“Open Doors understands that police arrested these church members from homes and workplaces during broad daylight and then marched them through town to the police station while beating them,” the group said.

At least an estimated 1 500 devoted Christians remain detained for their faith in prison facilities ranging from shipping containers, to military prison camps and other facilities, some for years.

Other sources say the figure may be over 2 000 Christians, though some have been released while several Christians are known to have died during their imprisonment.

Crackdown began in 2002
The reported crackdown began in 2002 when all churches except those belonging to the Orthodox, Catholic and Lutheran denominations were effectively banned. Members of independent evangelical and charismatic churches are particularly singled out, according to local Christians and international rights groups.

However even within the established churches, leaders and devoted Christians have reported harassment.

Orthodox patriarch Abune Antonios, for instance, has been under house arrest since 2006 for resisting government interference in church affairs, and priests seen as sympathizing with him are reportedly detained and harassed.

President Afewerki has said the policies are aimed at religious groups who are “duped by foreigners”, seeking to “distract from the unity of the Eritrean people and distort the true meaning of religion.”

The government also “failed to approve religious groups that fulfilled the registration requirements and arrested persons during religious gatherings,” the State Department said.

Additionally, “The government subjected religious prisoners to harsh conditions and held them for long periods of time, without due process. There continued to be reports of forced renunciations of faith, torture, and deaths while in custody,” it said.