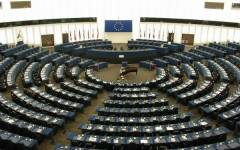 Pro-life lobbyists at the European Union are declaring a victory after the European Parliament rejected a resolution that would have declared abortion to be a ‘human right,’ and demanded that all EU countries legalize the practices.

Observers described the debate on Monday night as “loud and lively.” That debate ended with members voting down the “Estrela Report” on Sexual and Reproductive Health and Rights, and sending it back to committee for “further study”.

Three hundred and fifty-one MEPs voted in favour of referring the non-binding resolution back to committee, while 319 voted against.

Anthony Ozimic of the UK-based Society for the Protection of Unborn Children (SPUC), whose members lobbied MEPs prior to today’s vote, told LifeSiteNews.com that the response against the report from MEPs demonstrates “that the pro-abortion lobby does not have it all its own way, even in the culture of death which is so prevalent in Europe.”

Lobbying gets results
“Forthright and intelligent lobbying by individual pro-lifers and their representative organisations can and does frustrate the designs of powerful anti-life forces,” he said.

“Although the pro-abortion lobby has many times the funding of the pro-life movement, pro-lifers can punch above our weight because we have the truth with us. There is all to play for, and the victory is won in terms of lives saved and families protected.”

Sophia Kuby, head of the NGO watchdog group European Dignity Watch (EDW), said after the vote that, “A referral back to committee will give time to investigate further the numerous problematic points of this report, especially the fact that it was co-written by the commercial abortion organisation International Planned Parenthood Federation in Brussels.”

The report – co-written by Vicky Claeys, Regional Director of the International Planned Parenthood Federation European Network, and presented by Portugese MEP Edite Estrela representing the Progressive Alliance of Socialists and Democrats in the European Parliament – demanded the universal legalisation of unrestricted abortion, calling it a “human right.” It called for the mandatory “re-education” of doctors and medical students to force them to promote abortion and contraception.

EDW had warned that if adopted, the resolution would have effectively suppressed the rights of doctors and nurses to refuse to participate in abortion. “The 40-pages resolution reads like a manual on how to restrict fundamental freedoms in Europe,” the group said.

Opponents of the report had pointed out that there is no international consensus on the claim that abortion is a human right, but there are many international agreements protecting conscience rights.

Kuby said that the report had been launched in an effort to “politically neutralize” the wildly successful international citizens’ initiative, the “One of Us” campaign, which recently surpassed its goal of 1 million signatures. The One of Us campaign is calling for MEPs to recognise that the human embryo, starting at the moment of fertilisation, represents a stage of development of the human body. It calls for human embryos to be protected by the relevant legal instruments and international agreements.

Pro-life MEPs from Malta, one of the last EU member states with meaningful legal restrictions on abortion, were strongly opposed to The Estrala Report. Roberta Metsola, one of one of Malta’s first female MEPs told the Malta Independent, “I can assure you that in plenary, I will be voting completely against the report.” She added that the report was “not the first of its kind,” and that Maltese MEPs had in the past already opposed many of the items it included.