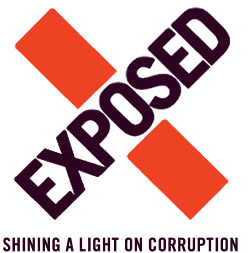 The EXPOSED campaign has welcomed G20 action to address key aspects of corruption and unethical tax evasion and financial secrecy, which steal billions from the world economy.

The EXPOSED campaign, a coalition of Christian groups and churches from over 150 nations that seeks to shine a light on corruption, welcomes the next steps being taken to greater financial transparency. It has campaigned for two years on corruption issues is all aspects of public life and over 250,000 people have taken part in actions around the globe to expose unethical practice.

Joel Edwards, head of the EXPOSED campaign, said from London, “The G20’s commitments are welcome because corruption hurts the poor around the world most of all. Nations rich in resources have missed out on billions because of tax deals, shifting income around the world and the use of tax havens. Now the G20 has sent a clear message that this sort of behaviour is theft and it has to stop.”

This is an opening not the end of matter as each nation implements these measures.

Rev Edwards also issued a challenge to leaders, “We need to see concrete actions by nations in the coming months and we certainly want to see information publicly available, otherwise the transparency rules will only benefit wealthy nations.”

The communiqué mentions 4 key ways to cut unethical behaviour that can result in multinationals and individuals paying little or no tax.

The first is taxing profits where they are created eg mining companies paying fair taxes in the nations where they extract the minerals. The G20 will take action to stop base erosion and profit shifting (BEPS) which means that some MNCs pay little or no tax on global income. This also involves stopping ‘harmful tax practices’ like tax havens.

The second measure is automatic exchange of tax information by governments (AEOI), already practised by 92 nations. The G20 commits to building capacity in developing countries so they can participate.

Thirdly the G20 nations will take action to improve information gathering on beneficial ownership of companies so that those who ‘really’ benefit from company profits are known.

Amanda Jackson, from EXPOSED, who is in Brisbane to hand over the Open Letter and 148,000 Global Call signatures, says, “Corruption thrives on secrecy and the G20 commitments will make it harder to hide. But we do need this information to be accessible and that is the next step.”

The decisions by the G20 are the result of two years work on corruption and tax issues by G20 committees and the OECD.

The Brisbane Summit also marks the culmination of the EXPOSED Shine the Light campaign.