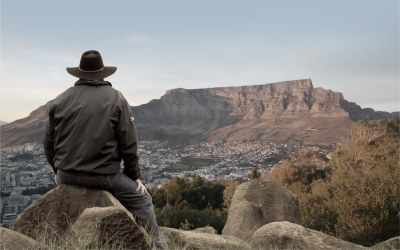 I firmly believe God wants us to organise another “It’s Time” event — this time in Mitchells Plain, Cape Town. It is one of the most dangerous and most violent townships in South Africa. Yet that is the place, I firmly believe, Jesus Christ would go if He was walking on this earth, in the form of a physical man.

On March 24 we will be expecting hundreds of thousands of people coming together from all over South Africa to pray as one people and to repent of the sins of this country — namely murder, disregard for human life, lies, cheating, alcoholism, drug addiction, pornography, alternative lifestyle, hatred, racism and many other sins.

We know the scripture 2 Chronicles 7:14 so well, and the scripture verse starts with a big word, “IF” my people (the believers) would humble themselves and pray. That is what we are going to do on those sand dunes. It’s already organised, but we need to get there, as we cannot turn a blind eye any longer, to what’s happening in our beloved Nation.

While reading a book of famous speeches that changed the world I came across the words of an American general in the Second World War by the name of General George Patton. He was the commander of the American Third Army. On the eve of their proceeding into Germany to set the captives free (literally), he encouraged his soldiers and told them how privileged they were to be able to fight for freedom, and democracy, and to put an end to the Nazi regime.

General Patton said: “20 years from now when you are sitting by the fireplace with your grandson on your knee and he asks you a question: ‘What did you do in the great World War II?’” You won’t have to cough and shift him a little to the side, and say: ‘Well your grandad was shoveling manure down in Louisiana.’ No sir, you can look him straight in the eye and say: “Son, your grandad rode with the great Third Army and that old … General George Patton.”

A time of momentous, historic proportions
I really feel that what we’re going to do on the March 24 2018 in Mitchells Plain for the future of our Nation, is probably even more imperative than what George Patton was doing for liberty and freedom. Next year we are going to the polls to vote for a new president and we need to ask the Lord Jesus Christ to have mercy on our Nation. I have stated in the newspapers and I reiterate it, “God is not pleased with Cape Town.”

He is the God that controls the weather and I firmly believe that as responsible God-fearing citizens we must come together in one place, at one time and repent on our knees before God, and on behalf of the whole nation. He will send, firstly, a spiritual revival and secondly, physical rain.

Does He not say in Jeremiah 33:3 (NKJV) —“Call to Me, and I will answer you, and show you great and mighty things, which you do not know.” He is waiting for us to repent and He will forgive our sins according to 1 John 1:9 (NKJV) — “If we confess our sins, He is faithful and just to forgive us our sins and to cleanse us from all unrighteousness.”

Let us not be among those who when our grandchildren ask us in 20 years’ time: “Were you there?” would shamefully have to say: “No, I was busy that day cutting the lawn, or preparing a sermon for the Sunday message, or I had a golf appointment.”

Answering our grandchildren
Let us be able to say to our grandchildren we were there, and it was our prayers that God heard, because every single one of us will pray individually for the future of this nation on that historical day, and God who is faithful will send revival and rain.