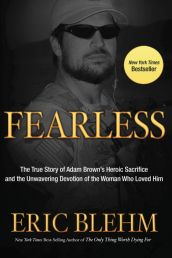 Since reading this book, which incidentally was a New York Times and Wall Street Journal best seller, I have been pondering the matter of war. As a baby boomer, I came of age to the sounds of John Lennon’s Imagine and the numerous other versions of the “make love not war” refrain, which echoed through the culture of the day.

Added to that, our own issues in South Africa led to so many young men of my age (including my husband to be) having to grapple with compulsory conscription into a war that they did not believe in.

And then World War 2 still casts its shadow. My own parents were severely impacted for the worse by this hugely catastrophic event in their young adulthood.

The holocaust has of course loomed large in books, movies and culture in general and this epitomy of pure evil has certainly influenced me to consider the notion of a just war.

On the war in Vietnam we have been fed a varying diet of opinions, including the view that this was a huge waste of lives and resources and should never have been fought.

So the question of what the Americans have exactly been up to in Afghanistan and Iraq post 9/11 is not one that I have spent much time deliberating on. The subject of war has just seemed too complex, too painful.

So this biography of Adam Brown, war hero, is somewhat different to my usual reading matter. It is the story of a man who died at the age of 36 as a result of America’s military involvement in Afghanistan. He had a wife and two young children, who he loved dearly and who were devastated by his death. The possibility of death in action and the impact it would have on his family loomed large in his life, yet he never wavered in his belief  that being a highly trained US Navy SEAL was God’s purpose for his life.

I have gained new perspectives – Adam Brown was an intelligent and well informed man who knew what he was doing and why he was doing it. He  considered his reading of God’s word to be the spiritual training that he needed just as much as he needed the exceptionally rigorous physical and mental naval training that he received. He had an understanding of his role as a true warrior – fighting to defend his family, his country and the kind of freedom of choice that we as Westerners tend to take for granted.

And I remembered what a friend had so correctly pointed out recently – that we  easily dismiss as unnecessary barbarism the war, violence and deaths for a cause that have gone before us and have given us the quality of life we enjoy today.

This is the story not only of Adam Brown, but of his brothers in arms. And it was these very men that had trained and fought with Adam that killed Osama bin Laden a little over a year after Adam’s death. The many detailed descriptions of the immense amount of training as well as actual action in times of deployment, opened my eyes to the commitment, courage and expertise of these special operatives.

But there is still more that makes this book worth reading. As a young student at a loss for direction in life, Adam had succumbed to serious drug addiction. It was only when, as a prisoner, jailed for various felonies related to his lifestyle that he gave his life fully to Jesus Christ that the tide turned. Even then the battle continued to be tough. His story of gaining (almost) complete  victory over his addiction to excel in the navy as he did is not only testimony to his great faith in his God, but also to the real “love in action” shown by his girlfriend Kelly (who he later married) and his parents.

Also amazing to read of is how he persevered through severe injuries (including the loss of an eye) that would have been completely daunting to most men. His belief that his strengths and abilities were God-given equipping for this special area of human endeavor, spurred him to exceptional excellence and selflessness.

There is also insight into the compassionate heart of this American naval man. His enabling of hundreds of Afghan children to have shoes during winter snow is an example of this. His story will surely be an inspiration to many readers, as it was and continues to be to all who knew him.