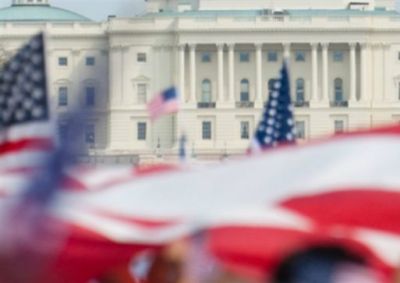 On May 5 2018, a Freedom March event will be held in Washington DC. Many former transgender, lesbian, and gay men and women will be participating in the march, including one of the survivors from the June 2016 shooting at Pulse Nightclub.

Daren Melh, president of Voice of the Voiceless which is helping organise the event said it will be “an opportunity for those of us who have a new life with Jesus to come together in fellowship and praise Him for the love and grace available to everyone who seeks it [and] to testify publicly of the life-changing grace available to leave the LGBT identity for something greater.”

The Christian Post reports that Mehl himself identified as a gay man for about 10 years before having a change of heart. Now, he is happily married with two children.

Although he came out of the LGBT community, Mehl only wants to extend a welcome to others who may be struggling with their identity.

“Jesus instructs us to love others as we love ourselves,” he said, acknowledging that many LGBT people have felt hurt by religion and the church.

“When anyone spews hate toward another person they are clearly not operating according to the Holy Spirit,” he continued. “It is extremely sad when this happens and I hope that [Christians] would be convicted of their sin and repent and reconcile with those they hurt.”

Another attendee of the Freedom March is Luis Javier Ruiz, a former gay man who was nearly killed along with 49 others at the massacre at Pulse Nightclub, an LGBT club in Orlando, Florida.

“I should [have] been number 50,” said Ruiz, “but now I have the chance to live in relationship and not religion, not just loving Christ but being in love with Christ and sharing [H]is love. I know who I am and I am not defined with who the enemy says I used to be but who Christ Jesus says I am.”