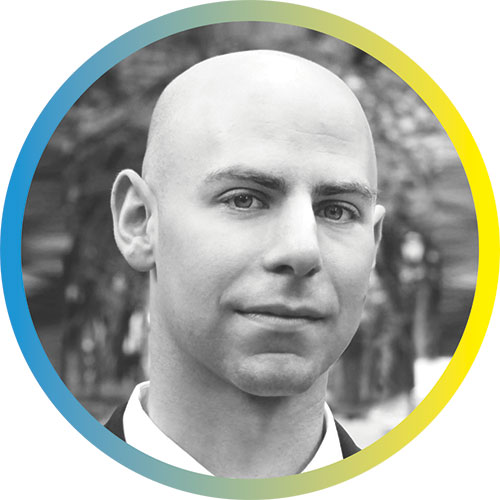 Last summer – even prior to the 2014 Global Leadership Summit – Adam Grant became the first faculty member that we secured for the 2015 Summit. He is the youngest tenured professor at the Wharton School of Business and the highest-rated by students. His classes are among the most popular at the school.

Grant burst onto the leadership scene in 2013 with his groundbreaking book, Give and Take. If you follow the business press, you may have noticed his name appears frequently His research is widely quoted in articles and blogs. He writes glowing book commendations for colleagues. He has even appeared on The Today Show and was profiled in a New York Times magazine cover article.

Give and Take was named one of 2013’s best books by Amazon, Apple, the Financial Times and the Wall Street Journal – as well as being named among Fortune’s must-read business books, Harvard Business Review’s ideas that shaped management and theWashington Post’s books every leader should read.

We are thrilled that the Summit audience will be exposed to his ideas in August.

His article, below, appeared in the Huffington Post here.

If other people saw you as a selfish person, would you realize it? Over the past year, I’ve noticed some telltale clues:

10. You look significantly hotter in your LinkedIn profile than in any other photo of you.

9. When a child draws a picture of you, it sometimes resembles a snake or a weasel.

8. At family dinners, you secretly enjoy grabbing the last cookie.

7. You brag about your SAT score, and you’re not even in school anymore.

6. You’re planning to plagiarize part of this post without giving proper credit.

5. Your Facebook wall is dominated by selfies of you with important people.

4. When your children ask you to read them a story, your first instinct is to ask, “What have you done for me lately?”

3. After reading The Giving Tree, you thought the tree got what it deserved.

2. You’re convinced that most people are takers.

1. You go around telling people you’re a giver.

Let’s add one more: You blushed as you read this list.

I created this list as a lighthearted way to illustrate a serious point. We’re notoriously bad at judging our own generosity.

You’ve heard the statistics: 90 percent of people think they’re better than average.Evidence shows that we think we’re superior to others in every domain: We believe we’re smarter, more attractive, more likable, and more skilled at a wide range of tasks — from math to leadership.

For a long time, I hoped these narcissistic tendencies wouldn’t extend to the domain of giving and helping. I was wrong.

• Exhibit A: Put romantic partners in separate rooms and ask them something cruel: “Of the total work that goes into your relationship, for what percentage are you responsible?” Add up the two partners’ estimates. Three out of every four couples add up to over 100 percent.

• Exhibit B: Do the same exercise anonymously with five-person work teams. On average, when you sum each team member’s estimates, they add up to more than 140 percent.

• Exhibit C: Ask people to predict how likely they’ll be to give money to charity, share resources with others, and do an unpleasant task themselves rather than dumping it off on a peer. Then, track whether they actually do it, and see that people overestimate their generosity by 32 percent.

Psychologists have identified three reasons for these errors. One is ego: We like to see ourselves in a positive light, so we selectively remember our generous behaviors and find rationalizations for our moments of taking. A second is information: We have access to each act of giving we’ve ever done, but only a subset of other people’s helpful behaviors. A third is base rate neglect: when we predict our own rates of selfishness and generosity, we don’t bother to consider how common or rare the behavior is in general.

To find out if you think more like a taker or a giver, there’s a free self-assessment atwww.giveandtake.com. You can also invite anyone to rate you anonymously, and the site will give you an aggregated score. Try that one at your own risk.