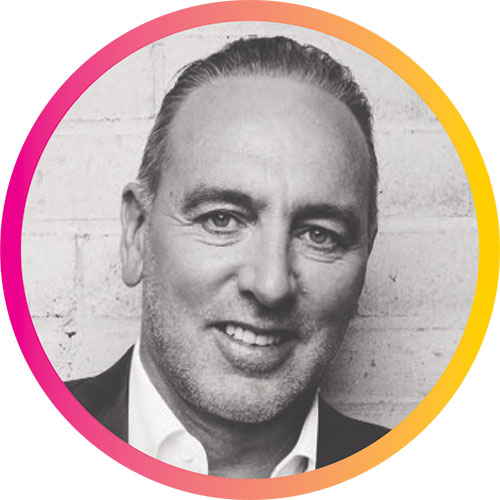 Brian Houston, Hillsong Church founder and global senior pastor, joins us for the 2015 Summit. Hillsong has grown from a small church plant to a global family of congregations with more than 100 000 weekly attendees. He is also Executive Producer of more than 30 gold and platinum albums from the renowned Hillsong Worship team.

A lot of us sing Hillsong Music every week in church. But the story behind this groundbreaking church is not widely known.

The below article, Interview with Megachurch Pastor Brian Houston of Hillsong Church, originally appeared on Australian Story in 2005. It was recently republished by World Religion News.

When Brian Houston established a tiny house of worship in Sydney 20 years ago, he never dreamed he would be at the helm of Australia’s largest independent church. He tells Australian Story what the experience has been like.

I grew up in New Zealand. I was born in Auckland, but really grew up in Wellington. And my parents were ministers. They in those days, especially in my small childhood, my parents were very poor. They’d come out of the Salvation Army and really came out with nothing. So I can remember, I’ve got strong memories of my two parents in the front of our little Austin A40 and five kids in the back and leaky roof and there was one point when, when the only gear that would work was fourth gear and all sorts of things like that . . .

If you ask my mother what sort of child I was, she’d probably say mischievous, cheeky. In some ways I was the terror of the Sunday school teachers. But I always had a love for life and a zest for life.

It was in 1983 and we were in the Baulkham Hill public school hall, very first meeting we had, 70 people turned up, which I thought was a great start, 70 people. We had a few friends and ring ins, but it was a great start. And the second week it was 65 and the third week 53, and the fourth week 45, and I worked out we only had 4 and a half more weeks until there were no more people . . .

The church didn’t grow for the first month or so, it went in exactly the opposite direction. And then after a month or two, I can remember we had over a hundred people for the first time, which I was very, very excited about, and it really, it really kept growing quickly. After maybe 18 months there were like 300 people actually coming to the church, which at that time, in the 1980s was a fast growing church. We’ve had moments when it didn’t quite grow the same, but really it’s just been a process, over 22 years, of growing. I think those Australians who know of Hillsong Church, it seems to have really come up above the radar in the last two or three years, but the growth has been progressive over more than 20 years.

My passion in life is really to help people to understand that they are alive for God’s purposes. I am an absolute believer in the potential of people, and I want to do everything I can do to bring that potential out of people, to get them believing in themselves, to get them believing in whatever endeavour in life they’re called to. And whether it’s secular or ministry or politics or the arts or sport, whatever it is, I want to encourage them to do their very best. And I would say that’s the greatest motivation I have, really, trying to connect people to God and a leader in a church.