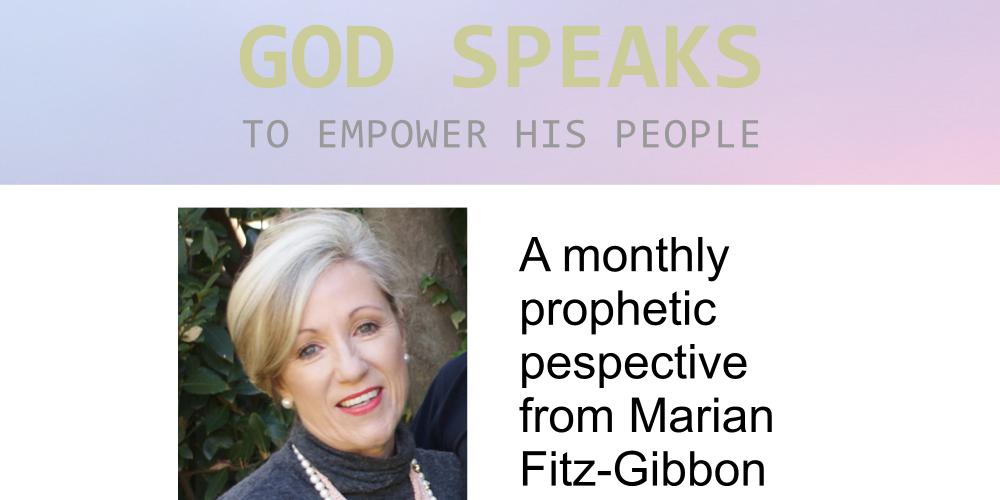 As we watched 2020 tick into our sphere one thing was certain — it’s a time for God’s dreams to come true.

What a time in history, yes, this is a time for His Story to be written, spoken and lived so well. January has been received with celebration and extreme adversity flashing across the TV screen with tragic startling world events unfolding.

The devastating fires in Australia had escalated beyond human imagination. The commentaries were desperate and only the counsel of the Lord and the comfort of the Holy Spirit could bring the intervention necessary in such a critical situation.

Out of the ashes stories of conversions came flooding in, stories of how the churches in Australia prayed, world leaders, individuals and churches across the world sent messages, of prayers being prayed, prophecies being declared and the Lord answering them in the way only He would and could.

Reports of wells of revival were springing up in the church, on the streets in the schools, in the universities, businesses, homes, in the hospitals with relief workers, firemen, in government offices and the list goes on and on. It was and is a turn of events that no one expected. The only place one could truly get comfort was and is in the presence of the Lord and from the Word of the Lord.

“The Lord will guide you continually, and satisfy your soul in drought, and strengthen your bones: you shall be like a well-watered garden, and like an ever-flowing spring of water, whose waters do not fail.” — Isaiah 58:11

In a telephone conversation with Erika Richards in December, she and her husband received a prophetic word regarding the safety of her relatives in Australia, and interwoven was the above Scripture. Not only did it comfort them in South Africa but sharing this word with family in Australia brought deeper comfort.

Tucked away in my cupboard was the “Beauty from Ashes” cushion, just waiting for such a time as this. I snapped a pic and sent it along  to Erica with the Scripture of Isaiah 58.11. As it turned out, it wasn’t just verse 11 but the whole of Chapter 58 that the Lord had given her back in 1983.

There was so much more that came out of it. Erika looked at the cushion and the colours and the beauty against the stark contrast and did a study on the various Biblical interpretations, looking for the hope that lies ahead for Australia.

The focus here is not just on one individual getting a word from the Lord when there are thousands desperate to hear from Him. Rather, it’s about the power of Word of God to comfort. It’s the simplicity of sharing, it’s the daring to share and cross the chicken line. And yes, there are so many people in so many nations crying out for an answer. Just one touch from His garment, and I’ll be healed is the cry of millions. (This is only one of thousands of accounts.)

Go where?
In Mark 16:15 Jesus said to his disciples: “Go into all the world and preach the gospel to every creature.” … and today as followers of Christ we still have that same commission burning inside of us. We remind each other of the “go”, we are motivated and stirred when we hear the testimonies of those that are being trained to “go” and those that have “been”.

The ones around us keep us going like a runner having set his face like flint to the prize set before him – the upward call, and nothing, no nothing, will stop them from reaching that prize.

There’s nothing like it. Get into the lane of sharing the Gospel; share your testimony of how Jesus came into your life years ago, yesterday, last week, whenever He changed you. Just be sure to give Him all the Glory.

I love what Ashley Bell (NCCB), my home base leader said yesterday, that when he accepted Jesus as Lord, he wasn’t a bad guy, a wicked guy, a druggie, etc. though he got saved in that kind of 70s era, when a lots of people had a testimony of being saved from drugs and the like.

Whichever way you want to reach the world around you, be it a mission trip organised through your church, or a meeting at the office, webcast, street ministry, in the supermarkets, in the schools, in the hospitals  — for Heaven’s sake get equipped and go do it. Revelation 3:8 says: “…I have set before you an open door…”

Now is the time……
Thank You Jesus for our bold men, women and children of God in this nation of South Africa, who are uncompromising with what Jesus has set them to do. It’s not just those who make it to the front pages; it’s you who read His pages that will be recorded in the pages of books that are being written.

And for those who are going and for those who have gone to other nations for the Gospel’s sake, thank you. You make us brave. For the presidents around the world that love Jesus thank you, God be with you, Holy Spirit guide you. To our Hon President Ramaphosa thank you for seeking wise counsel from men and women immersed in Biblical foundations.

For those who don’t know Jesus Christ as Lord and saviour, now is the time.