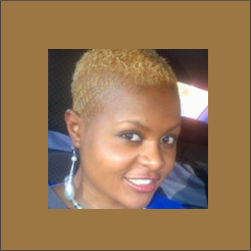 Rising young African woman entrepreneur Kega Florence Mukwevho testifies about God’s hand in positioning her to prosper in business and create employment opportunities in South Africa. She is the founder of MKP Fast Foods and has been impacted by Umbono’s IEDT fund. —Originally published by Leaders In Transformation.[/notice]

When I was younger, I remember making and selling cupcakes, crunchies, jewellery, ice-lollies and other food at different stages in my life. I always loved being in the kitchen. I maximised on Market Days by buying different stalls, hiring some of the students to sell for me and paying them. It was not out of necessity, but from a desire to always capitalise on opportunities. Entrepreneurship is a spirit that I have always had.

When I was 14 years old, I used to sing in the church choir. A certain lady, Cindy Small Shaw, came to visit our church. She did not know me from a bar of soap, but we ended up working together in the music department, ministering at different churches and even recording an Album.

Prophetic word
One day she came up to me and said that as much as I enjoyed singing, it was not my calling. She prophesied that God had shown her that I would be like Lydia of Thyatira, a wealthy, God-fearing and successful business woman from the Bible. She said she saw me owning many successful businesses, being influential in society and alleviating poverty by creating job opportunities in our land and beyond. I had never told her that I was already quite entrepreneurial at school. I did not take it to heart, because at the time, I was only doing what seemed natural to me. In fact, I actually forgot about her prophesy for a long time. I was just offended that she said I was not called to sing and even quit singing as a result.

Looking back, this was my first confirmation from God that I was on the right path. About five years later, I started receiving similar prophecies from different men and women of God.

It was no surprise when I was awarded the Allan Gray Orbis Foundation Fellowship at the end of my matric year (final School year) which specifically focuses on developing entrepreneurship in Southern Africa by providing full scholarships, entrepreneurial and personal development tools to eligible university students.

I am a product of a combination of God’s grace, mercy and divine favour. During my time at Allan Gray, I started serving in an NPO for education, Phumlani Nkontwana Foundation. I did a lot of their catering for their events. From my involvement with PNF, I met my partner who spoke to me about wanting to open a low-cost, scalable mobile kitchen version of an already established flame-grilled chicken franchise, Galito’s. It would employ six unemployed youths per mobile kitchen. The target is to open five containers, thus creating 30 jobs in total. All I heard was something about food, youth employment and business. I told him that I loved the idea and asked him how could I get involved. Before I knew it, I had raised the cash, made my financial contribution and was a shareholder in this project.

Seizing opportunities
Entrepreneurship is not always about coming up with the brightest, never-tried-before, world-changing innovation or idea, sometimes it’s about seeing an opportunity and taking advantage of it.

In order to do that, you also need to be at the right place at the right time. It is only by God’s grace that He has allowed me to mingle with the right people too. This was important because we raised our initial capital of just above half a million rand from just our networking community. And that is only divine favour from God and from man.

I decided to search for pitch events. By grace, I came across the She Leads Africa Pitch Contest where I would be able to pitch about our business model in Nigeria. At this time we had been operating for four months.

This was when the eBola epidemic had just started spreading and we were confused on whether or not I should go. I applied, nevertheless. My Pastor Daniel Darkwah, my family and I prayed together for many weeks. We prayed that if it was God’s Will and if He is truly opening a door for me then all be well. If it is not good and will result in too many unnecessary complications, He must not put me on that list to go to Lagos. The team loved our business model and our pitch.

When I received the email saying I was part of the Top 10 women out of nearly 400 across Africa. I knew it was from God and that He had a plan for me and our business.

Lagos connections
Little did I know that going to Lagos would be an opportunity to meet powerful entrepreneurs and billionaires like Hakeem Belo-Osagie, share the same room with the likes of Aliko Dangote. I would also learn about business practices in Africa through workshops with Google, McKinsey&Co, Lagos Angel Network as well as Etisalat. I would be mentored by Associates from Bain, Fullbright scholars, the founder of Smartstart and be showered with knowledge and information about making it in business as a woman in Africa.

By virtue of being part of this Top 10, I was also part of other interesting titles like 10 Emerging Women Entrepreneurs To Watch In Africa and 50 Most Prolific Young Visionary women Leaders To Watch In 2015 and part 5 Young Africans Who Deserve The Tony Elemu $100 Million Fund Award

This is just the beginning. I’m in my Honours (CTA) year now and working towards qualifying as a CA(SA). I am working on finding and creating opportunities to create employment in this country.

I believe that it was through giving and God’s grace that certain doors opened. It was through serving at church that I got my first prophesy and quit singing. It was through serving at PNF foundation that I met my business partner. And it was only by grace that I was selected to be part of the Allan Gray community, raised cash, learned about pitching business ideas to investors. It was by that same grace that I finally woke up to find myself in Lagos, having dinner in a billionaire’s house and on a Forbes List.

It is said that “To whom much is given, much is expected.” I am fully equipped to make a difference in SA, Africa and beyond through all these amazing opportunities. I can only thank God for all these opportunities.