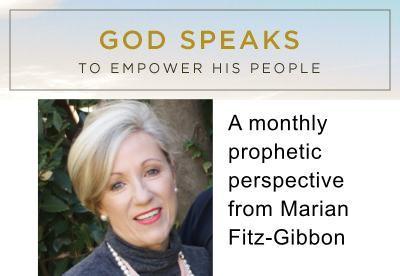 Over the past few months supernatural blueprints have been released over South Africa. Apostolic and prophetic leaders have stirred and released rich heavenly deposits into SA. These rich deposits are for impartation and establishment in our nation. As a sheep nation this indicates the favour of the Lord resting on us in a remarkable manner.

Workshops on how to interpret dreams and visions were run in both Durban at Glenridge Church and in Johannesburg at Lifehouse Church.

Australians Adam Thomson and Paul Tothill both refer to their ministry as unusual. It is indeed, Paul lays biblical foundations in his teacher-like manner (he is a lawyer by training) and this laying of strong foundations in the Word of God affords Adam adequate room for the supernatural to move, which is to have words of knowledge regarding healings and conditions of people’s lives, which leads into excellent prophetic words of hope and encouragement and many times words of direction.

As a team, they demonstrated an excellent model of the apostolic teacher and prophetic teacher working together and the Holy Spirit manifesting seamlessly. Not one man governing or commanding the pulpit.

Yet another aspect of their ministry which was unique and refreshing was the interaction with the congregation or people attending. They asked questions regarding dreams and visions and this transitioned the engagement from a passive, “feed me” mentality to “we can do it too”.

As the Word of God says, the fivefold ministry is to train and equip the Body of Christ to do the work and not be passive.

Pointers for revelation
Points to note with their ministry include that they built on each other’s ministry, preferring one another and taking revelation from each other’s teaching, thus being builders and not warehouses of the word.

Adam referred to a crucial aspect of praying fervently and often in the Holy Spirit as Jude encouraged us to (Jude 1:20). This leads to a more global perspective and greater revelation. We witnessed just that as Adam and Paul flowed and built on each other’s brilliant revelation. Now, how easy it was to interpret one’s dreams and visions.

On a recent training ministry engagement with Faithnet SA Ministries in Mpumalanga I had a dream the night before my husband, daughter and I began ministering to a group of leaders from Mozambique and South Africa.

In chatting through a dream regarding the dressing of the bride from a very complicated intricate dress into a simple transparent dress, we decided to change our approach. We started with Q & As and the level of trust increased, revelation and sharing prophetic ministry was deeper than we had seen in months.

We prayed for healing based on words of knowledge which lead to specific direction. This was done in team. At the end of our four hours the leaders were more in awe of Jesus and more filled with hope than with an eloquence of words.

Wells for revival
Coming back to Adam, I make mention of the fact that he said that there is a hunger here in South Africa that the Lord is satisfying and that the wells of revival are being unlocked — like as in the days of William Brannon.

Workshops like the one that Adam and Paul ran will not be an event for an army of believers is being raised up in this nation.

Both Paul and Adam referred to the level of glory being so thick with many people being overwhelmed by the intimacy of the Lord, free worship and the evidence of open portals.

It is Jesus within us that enables the atmosphere to change. With signs and wonders following. It’s real, but it’s better when you pass it on. It is nation changing.

Known by the Lord
In Johannesburg some folks were uncertain why they were attending the meeting but when the presence of the Lord and the accuracy of the prophetic was demonstrated they were able to testify to the goodness of the Lord.

Psalm 139 was a basis of people understanding that the Lord really knew them. This was the real prophetic supernatural at work. Men’s hearts were being revealed in order to bring about change and from there the Kingdom of God was being released in all spheres.

After sitting through only three sessions in both Durban and Johannesburg I personally had answers to a dream which detailed ministry and health issues — for myself and our family — so accurately and in the most unexpected manner.

Overall, it was and is a message of hope for South Africa which is truly marked for great and mighty things in every area. There is a lineup of mighty men and women ready to be released to speak and do the work of the Lord.

Book on dreams and visions
Adam Thompson is the author of The Divinity Code which can be purchased through Amazon. It’s a book that answers many questions about dream interpretation, understanding the symbols and colours and numbers and the intricate details in dreams and visions.

South Africa this is His Land. This is His Time. Ke Nako.