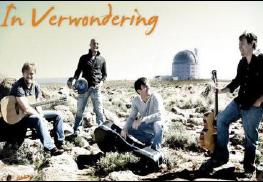 Three other Merchant Music artists, Louis Brittz (Psalms 2), DuisLig and Cjay (Jesus Freak Yes I Am) received nominations for awards, and Cjay also performed live at the awards evening where he had the crowd on their feet.

In Verwondering is the incredible story of the journey that four musicians and a camera crew took to the beautiful town of Sutherland in the Karoo earlier in the year, says Merchant Music in a media release. The musicians were looking for answers about the intimate presence of God and discovered more than they could ever have imagined. They wrote 12 God-inspired songs in 3 days. There is also a documentary DVD available that captured their amazing journey.

Watch the official music video of In Verwondering below: