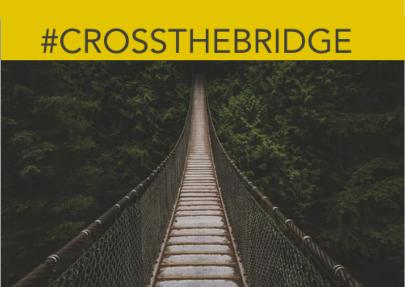 South African Christians are invited to join a 40 days of prayer for healing and reconciliation campaign called #CrosstheBridge, hosted by Intercessors for South Africa (Ifsa), a prayer movement that brings together South Africa’s prayer networks.

“Recognising the emotional state of our nation, how broken, wounded, hurting, disappointed, angry, hopeless, rejected, racist and prejudiced we are, the root cause of which is fatherlessness, we call on the Church in South Africa to confess and repent to God for our sins that have resulted in the current state of affairs in our nation. We ask God to forgive us and to enable us to forgive one another, to heal us as individuals, families, the church, ethnic groups and as a nation,” says Ifsa in an invitation to believers to join the campaign which began on Monday February 19 and runs until March 30.

“We encourage the Church of South Africa to engage in prayer with a focus of ##CrosstheBridge – of racism, political bridges, societal bridges, economic bridges etc. Pray with someone from a different ethnic group in the next 40 days.

“Show someone kindness, love and assistance. As we spread love through prayer and acts of kindness we will be healing our nation and extending hope to the hopeless. In the next 6 weeks we challenge the Body of Christ to pray through the prayer points that will be provided by various prayer leaders on this platform of Intercessors for South Africa,” says the invitation.

Prayer points will be emailed weekly to those who register or they can  be found on the Ifsa website: www.ifsaprayer.co.za and Facebook page. One video clip a week introducing the weekly prayer focus will also be available on the Intercessors for South Africa Facebook page and YouTube page.

You can register to receive prayer points via email by emialing ifsaprayer@gmail.com with #CrosstheBridge in the subject heading.