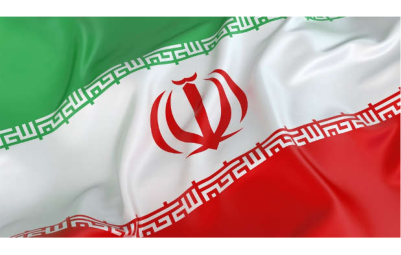 Matthias Haghnejad, a pastor from the Church of Iran denomination, has been charged with “Moharebeh,” enmity against God, a crime that can be punishable by death.

Haghnejad was arrested on July 5, after Iranian security forces raided his home in Karaj about 8:30 a.m. and confiscated Bibles, pamphlets and his personal computer.

According to reports received by Christian Solidarity Worldwide on Sunday, Haghnejad was interrogated by Judge Mohammad Yari of the Sixth Branch of the Revolutionary Tribunal of Karaj for two hours before being charged with “Moharebeh.”

The new charge against Haghnejad may herald a worrying escalation in Iran’s campaign against converts to Christianity, who generally had been charged with “action against state,” “action against the order” or other national-security crimes.

Although the new Islamic Penal Code, which came into effect in 2013, prohibits capital punishment for “Moharebeh” in cases not involving the use of a weapon, the charge is regularly leveled against political activists from ethnic-minority communities.

An ongoing spike in executions under the Rouhani presidency has seen eight men executed for “Moharebeh” this year, including Ahwazi Arab poet and cultural-rights activist Hashem Shaabani and his colleague Hadi Rashedi. Those accused of this crime generally complain of having been tortured to elicit false confessions, of the denial of access to legal assistance, and of unfair trials conducted in the absence of witnesses.

Christian Solidarity Worldwide’s chief executive Mervyn Thomas said, “We urge the government of Iran to end its harassment of Pastor Matthias. Leveling a charge of warring against God against a man whose role and calling precludes violence and emphasizes service and obedience to God is unjustifiable, implausible and tantamount to an indictment of Christianity itself. These charges constitute a worrying escalation of Iran’s campaign against Christians, adding a sinister new component to the regime’s appalling litany of religious-freedom violations.

“The fact that Iran continues to commit severe human-rights violations, including executions without due process and on vague charges, while simultaneously seeking improved relations with other nations, is a matter of utmost concern. The international community must insist on discernible and consistent improvements in human rights and on the upholding of rights stipulated in international covenants to which Iran is party as benchmarks for improving bilateral and multilateral relations.”