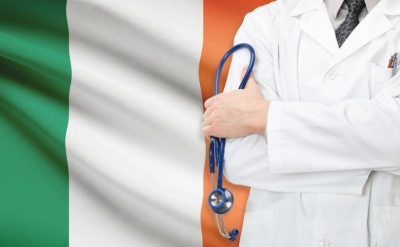 Ireland’s new abortion regime took one step closer to reality on Wednesday, as the lower house of the country’s parliament passed a controversial abortion bill without amendments pro-lifers had sought to protect conscience rights.

The Dáil Éireann voted 90-15 (with 12 abstentions) to pass the Regulation of the Termination of Pregnancy Bill, RTE reports.

The legislation allows elective abortions up to 12 weeks, abortions for “risk to the life, or of serious harm to the health, of the pregnant woman” up until viability (including “mental health”), abortions at any point in “emergency” cases of “immediate risk” to the mother’s “life or health,” and abortions at any point in cases where doctors diagnose a “condition affecting the foetus that is likely to lead to the death of the foetus either before, or within 28 days of, birth.”

“I look forward to a time — not far away now — when we will be able to assure women experiencing crisis pregnancies that they will be looked after here at home, where they need not fear that they will be stigmatised for their choices or lack the support they and their families need from our health service,” Health Minister Simon Harris said in celebration of the news.

“We won. Ye lost,” pro-abortion TD Kate O’Connell taunted her pro-life colleagues, according to The Independent. “It must be hurting.” The Pro-Life Campaign of Ireland responded that her “juvenile” remarks were “unbecoming of any serious politician.”

Before passing the bill, lawmakers defeated several proposed amendments meant to curb some of its most troubling elements, including forcing pro-life doctors to provide abortion referrals, taxpayer funding of abortions, disposing of aborted babies as medical waste, and letting minors abort without informing their parents. During the campaign to repeal Ireland’s constitutional protection for preborn babies, the pro-legalisation side promised the resulting abortion laws would be much more moderate.

Harris and Taoiseach (Prime Minister) Leo Varadkar have also called for “exclusion zones” to prevent pro-life protests around abortion centres, and for publicly-funded Catholic hospitals to be forced to commit abortions.

For months, many pro-life doctors, nurses, and midwives have spoken out against the conscience implications for medical workers who don’t want to be complicit in taking preborn life, but the group Ireland’s Nurses & Midwives for Life said this week that Harris and opposition leader Michael Martin have ignored multiple requests to meet with them.

“We are appalled that humane amendments in relation to pain relief for late abortions, resuscitation measures where a baby survives an abortion, the exclusion of disability, race or gender as grounds for abortion, parental notification and dignified disposal of remains have not been supported by any Fine Gael TDs,” the group lamented.

The pro-life nurses’ experience stands in stark contrast to Harris purporting to “thank all those people who recognised the need for our discourse to be respectful of differing views” during his remarks Thursday.

“In Minister Harris’ fifteen-minute speech in the House when he introduced the bill on the fourth of October last year, it was very telling that the words ‘baby,’ ‘child,’ ‘unborn,’ and ‘mother’ were not used even once. Not once,” Sen. Rónán Mullen said Thursday. “That tells us how much concern this legislation has for children in the womb, or indeed for any concept of motherhood or family.

“The fact that ending the life of any human being is seen as some great advance in human rights or healthcare is grotesque in the extreme,” he declared.

“For the most part, the voices of those who voted against abortion in May’s referendum have been ignored,” the Irish Catholic Bishops’ Conference said on Wednesday of the debate in the chamber. “Even what many people would have deemed to have been very reasonable legislative amendments seeking to provide women with information and to prohibit abortion on the grounds of sex, race or disability, have been rejected.”

The abortion legalisation bill now goes to the parliament’s upper house, the Seanad Éireann, for consideration.