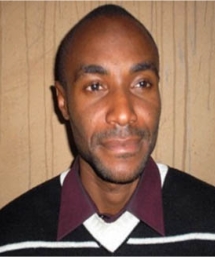 Violence-weary Christians in Borno state have been further upset to learn of the murder of a Nigerian evangelist by Boko Haram less than three months after the Islamic extremist group killed a Maiduguri pastor.

Already shell-shocked from attacks by Boko Haram, which was originally based in Borno state, Christians again took cover after the August 27 shooting of Mark Ojunta, a 36-year-old evangelist from southern Nigeria who was ministering amid the Kotoko people of Nigeria’s northeastern state with Calvary Ministries (CAPRO). He was killed in Maiduguri.

CAPRO International Director Amos Aderonmu said Ojunta died “as a martyr on his field among the Kotokos.” CAPRO had learned that all its staff members working among the Shuwa Arab, Kotoko and Kanuri peoples were on a Boko Haram list of people to be killed and had evacuated them, Aderonmu said. Ojunta had returned to teach a class after the evacuation of his family.

“Brother Mark took his family out on Friday (August 26), but he went back to the field because he had a class with some believers on Saturday,” Aderonmu reported. “It was in the night that the sect came to where they were staying and knocked at the door, and he tried to escape but could not get away.”

In his statement, Aderonmu said that four days before his death, Ojunta had received an invitation to leave work among the Kotoko people to take a position at CAPRO’s International office in London. “On Wednesday of that week, brother Kola Kehinde, our national coordinator in the UK, spoke with him about the possibility of him coming to join the UK team,” Aderonmu reported.

“His response was that he wanted to invest more years into the work among the Kotokos and hand it over to believers before he can consider leaving. What a passion and commitment! Four days later, he was translated into the presence of his Master.”

Aderonmu said that Ojunta was the “first martyr in CAPRO in our 36 years of existence as a ministry.” Ojunta is survived by his wife, Ema, and two children, 3-year-old Kambe and 9-month-old Akira, besides his parents and sisters. He was buried in his home state of Abia, in southern Nigeria, on September 30.

The killing came less than three months after the June 7 murder of a Church of Christ in Nigeria pastor and his church secretary in Maiduguri. The Rev David Usman, 45, and church secretary Hamman Andrew were shot by members of Boko Haram in an area of Maiduguri called the Railway Quarters. The area was the base of Boko Haram until 2009, when Nigerian security agencies and the military demolished its headquarters and captured and killed the sect’s leader, Mohammed Yusuf, and some of his followers.

Boko Haram leaders have openly declared that they want to establish an Islamic theocratic state in Nigeria, and they reject democratic institutions, which they associate with Christianity. The Jama’atu ahlus Sunnah lid da’awati wal Jihad, popularly known as Boko Haram, has claimed responsibility for several church bombings and other attacks.

Many Christians have left Maiduguri, and some churches have shut down as many of their members have lost their lives. Compass has witnessed many church buildings shuttered and guarded by soldiers and police in Maiduguri.

Calvary Ministries began in April 1975 in the city of Zaria, in the heartland of Nigeria’s Muslim north, through the evangelistic efforts of young Nigerian graduates from various Nigerian universities doing their one-year mandatory national youth service. The ministry now has more than 550 workers in 27 countries of Africa, Europe and the Middle East.