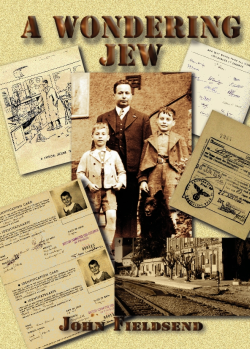 The moving story of how a Yorkshire family took child refugees into their home, saving them from Auschwitz

Snatched from the jaws of the Nazis in the nick of time, Heini Fiege escaped to England to begin a new life.

It was a traumatic parting for Heini and his brother Arthur, aged seven and ten at the time, but their parents could see the writing on the wall and willingly gave up their boys for adoption to save them from the horrors of Auschwitz, where they were to perish within a few short years.

Heini and Arthur thus became beneficiaries in 1938 of the Kindertransport project of Sir Nicholas Winton, who died yesterday aged 106. A young stockbroker at the time, he arranged the rescue of thousands of Jewish children from Czechoslovakia and other places under German occupation.

Despite the heartbreak, which affected him for much of his life, Heini and his brother found new hope as they grew up in Sheffield comforted by the love and devotion of a Christian couple, Les and Vera Cumpston, and their son John.

Shortly after their arrival in Sheffield, foster father Les became the butt of neighbourhood jokes as he set about building an elaborate air-raid shelter in the garden of their home in the southern suburb of Handsworth.

But of course, like Noah building an ark on dry ground, he was thoroughly vindicated when the city was heavily blitzed by the Luftwaffe on the nights of 12th and 15th December 1940.

Les was under-manager of Tinsley Park Colliery at the time and later moved to Worksop following promotion to Inspector of Mines and Quarries for Nottinghamshire, Derbyshire and South Yorkshire.

Following the lead of his older brother, Heini anglicized his name to John Fieldsend, preferring the English equivalent of his second name Hans.

Faith in Christ
Not surprisingly perhaps in view of his parents’ example, John also discovered a personal faith in Christ and, although he qualified as an engineer with practical experience of working on aircraft during his time in the RAF, he felt a strong call to preach the gospel full-time and became a successful Anglican vicar overseeing a thriving church in Bayston Hill, Shropshire.

Dwelling on his past was difficult to face at first, but in time he felt drawn to re-focus on his Jewish roots, referring to himself as a Messianic Jew – one who follows Jesus (Yeshua in Hebrew) as Messiah.

He later became involved in the leadership of the Church’s Ministry among Jewish people (CMJ), a 206-year-old Anglican society dedicated to the spiritual re-birth of Israel.

The Jewish aspect of his identity had taken a leap forward when TV personality Esther Rantzen arranged an emotional 50th anniversary reunion between Sir Nicholas Winton and some of those children he rescued as part of her very popular “That’s Life!” programme.

Sir Nicholas had kept forged copies of the children’s identity documents (forged to speed up the process of officialdom for what he knew to be a dire emergency). And these were used to track down the likes of John, who had lost most of his relatives in the Holocaust.

In his recently published book, A Wondering Jew (Radec Press, £9), John recalls visits made to the Children’s Memorial in Yad Vashem, the Holocaust museum in Jerusalem, which commemorates the one-and-a-half million children who died at the hands of the Nazis.

“As we listened to the names of the children being read out on an endlessly looping tape – which took several days to go round – I realized that had my journey from Czechoslovakia been delayed by only about five weeks, my name would have been on that tape! It was a very dramatic experience…”

Hitler Youth
John’s ministry has taken him all over Britain and to many parts of the world, and on one occasion in South Africa, after sharing his story and speaking about Jewish and Gentile reconciliation through Jesus, he was approached by a man who “rather hesitantly confessed that he had spent the war years as a member of the Hitler Youth”.

“This was not the first time, nor would it be the last, that I had been challenged to practice what I had just preached!”

John and his wife Elizabeth celebrated their golden wedding in 2011.

Now 84, John is a regular speaker at the Holocaust Museum in Laxton, near Newark in Nottinghamshire.