[notice]More than 5.5 million people have passed through a short, picture-lined, passageway on board OM’s Logos Hope ship since it began its international voyages in 2009. 35 560 people passed through during the ship’s recent visit to Port Elizabeth. Allan Verreynne writes about his experience serving in this passage that creates a life-changing opportunity for so many people around the world.[/notice]

My wife, Elaine and I, were really thrilled to be included on the “ambassador” team, that served on board during the Logos Hope’s sojourn in Port Elizabeth. 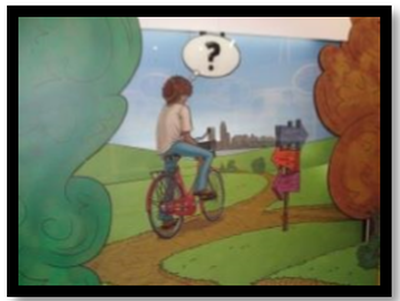 The “Journey of Life” passageway was situated immediately after people exited the book fair.

We would enquire of folks, whether they would like us to escort them through the passage, and give them an explanation of what the various drawings represented.

We really enjoyed the interaction between ourselves and the listeners. We asked questions related to the drawings, and most folk responded enthusiastically, as they applied their imaginations

The drawing of the father mentoring and guiding his two sons, provoked a lot of questions. There was also a positive acknowledgement of the role that parents and elders play in our lives 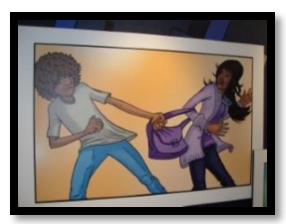 All of them are important and have far-reaching future consequences

The outworking of the younger brother’s bad choices of not listening to counsel, resulted in a downward slide into bad behaviour, unpleasant, and immoral behaviour. 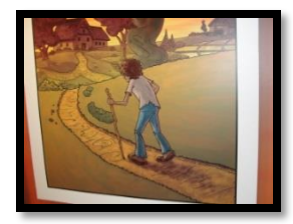 These drawings of bad company, drinking, drugging and night-clubbing, gambling, stealing, fighting, and hunger, made a deep impression on the younger listeners. They often vehemently showed their disapproval with the shaking of their heads, and gasps of despair!

Another time of introspection came when we got to the drawing of the younger boy being all alone, and thinking seriously of the mistakes that he had made.

He was obviously lost and forlorn and deeply regretted the error of his ways. He had a choice to make, and he decided to go home, back to his father and his family

When we got to the scene of the younger son kneeling before his father and asking for forgiveness, and requesting to be merely treated as a servant, there was yet another moment of internal reflection!

I gained the impression that many of the listeners had personally been in the same position before, or were heading that way themselves.

It was an absolute joy for us to explain that the father was willing to forgive his son, because he loved him dearly! There was tangible relief shown and expressed when the younger boy was embraced by the father

Reconciliation was well depicted through the drawings of the father taking his son back home with him, to be reinstated with his family in a loving relationship. 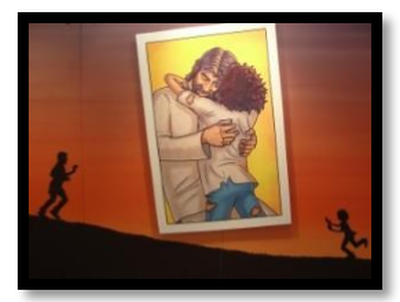 The somewhat forgotten older son, tirelessly working in the field, while his brother was welcomed home, presented another opportunity to talk about the role of resentment and anger and dissatisfaction in our lives. We too, are often unwilling or unable to rejoice in the turn-around in other people’s lives

The older son’s perceived intolerant attitude was hopefully overcome by the father’s persistent love for his older son.
At the end of the tunnel, the listeners still had crossroads to encounter, and choices that had to be made concerning their journey

I have a saying, which I used: “Decisions determine direction and destiny.”

I urged listeners to include God in all their decision making 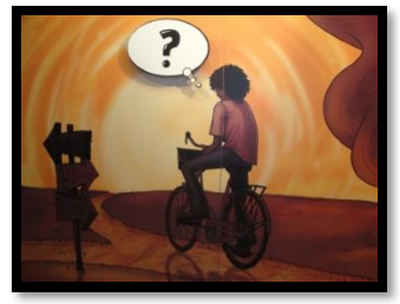 No matter how difficult and disastrous our journey in life may have been; no matter how many mistakes we have made, God, our heavenly Father is always prepared to forgive when we are serious before Him and wish to say sorry to Him

This is truly a good story, with universal appeal, which touches the human heart in all tribes, nations , tongues and cultures.

I had the privilege of praying with many folks, young and old, at various phases of their live, who asked God as Father to guide and direct them into the future!

I am so glad that we could serve in this way!

We can only wonder at how many lives in different ports, in different cultures, around the world, have been and will be touched and transformed by the story displayed in the passageway through 32 pictures, and explained by ambassadors.