Seven days after a team of intercessors held a prayer meeting for economic release in Cape Town, members of the group heeded a call from God to take the prayer battle to the gate of the Johannesburg Stock Exchange (JSE).

The Lord gave me Job 20:15 — He hath swallowed down riches, and he shall vomit them up again: God shall cast them out of his belly — as a word for the prayer assignment to reclaim the wealth and riches of Africa for the King of Glory.

While the group prayed outside the JSE another prayer meeting was being held in front of the Reserve Bank in Cape Town led by Vuyokazi Matu who initiated the original economic release prayer event in Cape Town on April 30.

I proceeded to raise the altar for the transaction of the day, stating before the courts of heavens our response to the summons for the gathering and our desire before the throne .

Apostle Linda Gobodo took the baton to announce the word of the Lord from the Cape Town meeting – that economic oppression in SA has been broken — to the powers over the economic hub of Sandton represented by the JSE.

When she had finished her first round of prayer, Rev Meshoe began to lead. After this, I remembered and shared with the group how Dr Emeka Nwanpka, the chairman of the Africa House of Prayer had told us of an international conference in Cape Town years ago, where a minister from outside Africa shared a word from the Lord that He had hidden a bowl of riches in South Africa. This bowl contained riches to fund a large part of the end-time gospel

Apostle Gobodo then took it up in prayer before the Lord that we had come to take that bowl of riches now, using the grounds of the JSE as a point of contact.

We began to bring repentance before the Lord on behalf of the Church leaders in Africa who go around the world with the begging bowl. 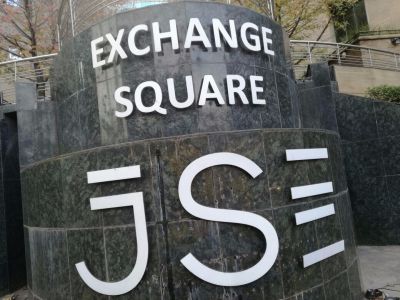 We pleaded with the Lord and began to drop the beggarly bowl on behalf of Africa and to take back the right bowl. This was a milestone revelation that shifted the gear of the meeting to apprehend the purpose of for which we had been summoned by the Lord .

It seemed the enemy had exchanged the bowl of riches meant for us with a poverty bowl and the stock exchange was a strategic place to rectify the error and thievery as a place of business exchange.

After that round of prayer, Rev Meshoe shared how he had a vision two years ago in which he saw African leaders carrying begging bowls around the world asking for help everywhere. Then all of a sudden, the vision changed and he saw a new generation of Africans with cheque books in their pockets, smartly dressed, going to Europe and asking the Europeans: “How can we help you?” He said he rejoiced to see the beginning of this new generation through the vision the Lord has just given about exchanging the bowls.

Then we began to walk strategically on the approximately 70m-long image of a serpent depicted on the pathway to the entrance of the JSE . We proclaimed Job 20:15 over the image as we walked, to cast out the wealth and riches that belong to the body of Christ that the serpent had swallowed.

Then we gathered around a silver statue of the of the battle of the markets (bull and bear) just a few metres from the reception, and we prayed and sprinkled the anointing oil, especially on its horn. We proclaimed the victory of the blood of the Lamb of God over the statue.

Dr Dithoto, a seer, shared some of the visions she saw, including one of the image of the lion emblem of the Queen of England at the entrance to the JSE. We dealt with that in prayer and ushered the King of Glory, our Lord Jesus Christ, to take His place over the exchange.

She also shared a vision of hands shaped in a beggarly posture at the entrance of JSE. This could depict the hands of Africans in a begging posture at the gate of the JSE.

The meeting ended on a high note of joy and thanksgiving to the Lord for His help and direction to assembly before Him.

When I got home, the Lord showed me a vision of a hand taking away the crown that was on the head of the silver statue. Physically, there was no visible crown but in the spirit, the serpent had a crown. But its removal means the beast has been dethroned from his seat of power over the resource gate of South Africa and Africa.

It is important that every believer and minister of Christ of African descent receive this word and begin to renounce the beggarly bowl imposed on our cities and nations through witchcraft exchanges, and we begin to receive on the behalf of our families, cities, ministries, businesses, the bowl of riches and wealth to contribute our portion to the financing of the end time gospel in Africa.

It should be noted that Gauteng Province with Johannesburg as it’s business hub, holds 10% of the gross domestic product of Africa.

10% represents the tithe in the Melchizedek priesthood. The battle to restore the wealth and riches of Africa will first be won in the city of Johannesburg by the order of the Melchizedek priesthood that has the grace to oversee the gates of the city. We believe this is part of the revival fire that will flow out of South Africa to the rest of Africa and to the uttermost parts of the world, it will restore economic and political justice amongst others. Thank