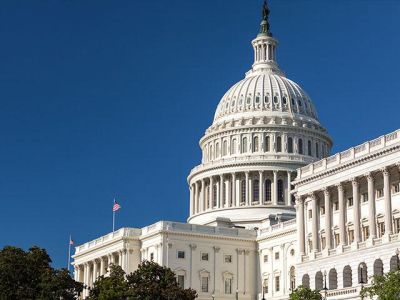 Congress will continue opening sessions in prayer after a challenge to the tradition by an atheist. A federal court ruled against the lawsuit brought by Daniel Barker, co-president of the Freedom from Religion Foundation.

Barker argued he was denied the opportunity to give an opening invocation in Congress while other guest chaplains were allowed to do so. U.S. District Judge Rosemary M. Collyer said in her decision that House rules didn’t allow Barker to lead the prayer because he had left his faith.

Collyer also pointed out opening prayer has been a part of Congress for more than two centuries and it doesn’t conflict with the establishment clause according to the United States Supreme Court.

House Speaker Paul Ryan was quick to applaud the decision.

“Since the first session of the Continental Congress, our nation’s legislature has opened with a prayer to God. Today, that tradition was upheld and the freedom to exercise religion was vindicated. The court rightfully dismissed the claims of an atheist that he had the right to deliver a secular invocation in place of the opening prayer,” Ryan said.

“Recently, especially following the return of Majority Whip Steve Scalise, this institution has been reminded about the power of prayer. I commend the District Court for its decision, and I am grateful that the People’s House can continue to begin its work each day as we have for centuries: taking a moment to pray to God,” Ryan concluded.

Scalise also responded to the decision on Twitter saying, “Our rights come from God, so it’s only fitting that the House begins each day united in prayer.”

Barker says Collyer’s decision was tainted by her “personal bias against nonreligious people.” Collyer was appointed to the court under President George W Bush.