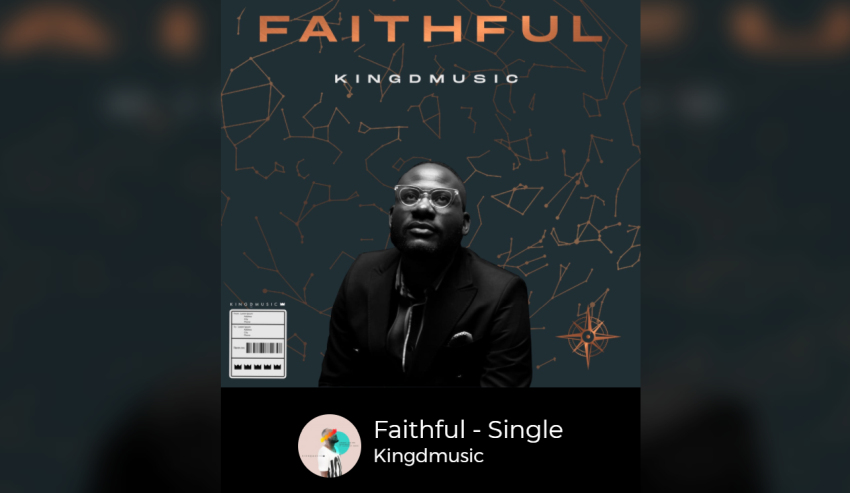 The vibrant musician hailing from Mukula village in Venda started singing at his then-home church at the age of 12. By the age of 14 he had started writing his own songs and also recorded his first R&B single called Always Lving You.

He is the second-born in a family of five children and in high school all his siblings sang in the church choir. His dad used to play piano when he was younger and his uncles are also singers. Growing up in a family that are gifted musically and who love God it was a natural progression to make the shift from Rhythm and Blues (R&B) to singing Gospel.

This gifted songwriter has his own unique sound which he calls “Gospel Fusion”. The Gospel of Jesus Christ is the heart and the main message of his songs and the different genres R&B, POP, Contemporary worship, Afro Beats, House, Electronic Dance Music & Afropop are then fused in his music.

His previous hit songs such as Nobody like you have been played internationally in Nigeria, UK, Ghana, Zimbabwe, Canada, France, Australia, Germany, Congo, Morocco, United States of America and Brazil. His debut album, Seasons was launched in 2019 and has since won Best Contemporary Gospel album award at the Limpopo Music Awards 2019 and received a Best New Comer nomination at the SABC Crown Gospel Music Awards.

His latest offering, Faithful, is a beautiful contemporary worship song. He says: “I’ve always wanted to write a song that speaks about God’s faithfulness in my life. This is a perfect time to release the song because of what’s happening in the world with the pandemic. You might feel like you are failing because you lost your job but Christ is faithful enough to provide for you more than what you expected.

“My prayer is that you get encouraged by this song and know that you don’t have to be perfect before approaching God’s throne. Nothing can stop Him from loving you. There is no height, no depth and no mountain He won’t climb for us.”

The lyrics of the song speak of God’s ever-present help and His unconditional love: “You are Faithful. When I lose myself You help me find a way back to You. So beautiful. You love me anyway with all my scars and my mistakes.”

Denga’s family have experienced heartbreak and sorrow losing five members of their family in a short period of time. He shares how his faith was tested during this season in his life as he could not understand why God would allow such pain. He lost his father and grandmother in a space of two months.

“I carried those scars until I realised that God wants the best for me and He doesn’t want me to be hurting.”

His greatest challenge in his Christian walk has been understanding God’s ways and timing. Losing five close family members in two years challenged him spiritually but he is thankful for the Holy Spirit who has been his greatest comforter through the pain.

After listening to Faithful, Kingdmusic hopes that people will feel encouraged and know that they don’t have to be perfect before they approach God’s throne. Kingdmusic carries a passion to lead people into encounters with the love of the Father.

The artist longs for people to encounter the goodness of the Father who guides, protects, and never changes His mind about His children. He is passionate about producing songs that connect people to God. His prophetic worship style is marked by rich spontaneous moments in God’s presence.

“There’s nothing else I love more than seeing people being set free and finding their purpose through worship. Worship matters. It matters to God because He is the One ultimately worthy of all worship. It matters to us because worshipping God is the reason for which we were created. Worship is God’s gift of grace to us before it’s our offering to God”, he says. As a worship leader he directs worship sessions to be God-focused (God is clearly seen), God-centered (God is clearly the priority), and God-exalting (God is clearly honoured).

A special moment in his own worship journey came when he was leading the Hillsong hit So Will I in isiZulu. Hillsong Worship released albums in isiXhosa, isiZulu and Afrikaans for the very first time on June 10 2018 and Kingdmusic led some of the songs on the isiZulu album. After his experience singing Hillsong So Will I in isiZulu he plans to write new praise & worship songs in South African languages. He has a new song coming out soon titled Nguwe featuring Berita and Kyle Deutsch.

Kingdmusic is a multitalented artist. He is also an actor in some of South Africa’s most popular soap operas such as Generations: The Legacy and Skeem Saam. He used to dream of being an actor as a child but never thought he would get to fulfil that dream.

“I can only credit God’s grace for getting me a role on Generations: The Legacy. After I left my job earlier this year, I contacted an agency I knew to represent me with my acting career and they told me that they were only representing background actors. One day while I was waiting in the “Extras waiting room”, I got called by the directors. They asked me to take off my hat and my glasses and they said YES! that’s the look we are looking for! They explained the role and the rest is the history.  God handpicked me from all the other background actors who were there that day,” he shares.

Six years ago he had a strong conviction to leave the corporate world to focus on ministry, his calling and making music. After going into music and ministry full time, he got depressed for a few months. Things were tough for him financially, emotionally, mentally and that affected him spiritually. He felt alone as people that he hoped would be there for him abandoned him when he needed them the most.

“This left me in a vulnerable space and had the enemy say things to me like: ‘You are a failure, you are not loved, you are alone, you are not worth it, you are a sinner and you don’t deserve God’s grace.” God remained faithful. His love was a constant that Kingdmusic always knew he could count on. As the words of his song says: “You are Faithful. When I lose myself you help me find a way back to you. So beautiful. You love me anyway with all my scars and my mistakes.”

With all his achievements in the entertainment industry, it is his confidence in the Father’s faithfulness and grace that enables him to do all that he has been able to do in front of the camera. There was a time where he felt self-conscious, he avoided standing in front of people.

“I remember how, as a child, other kids would call me names and laugh at me cause I had bad teeth. Music and fashion became the mask I chose to hide behind. I would spend countless hours in front of the mirror trying to practice how to pronounce words in a certain way, so that people would not see my damaged teeth! There were few words I just couldn’t say without my bottom teeth showing, so I would put my hand in front of my mouth and pretend like I’m scratching my chin or pretended like it’s a cool gesture I do.”

When he was asked to lead worship at his church he was reluctant at first as he did not want to expose himself to public scrutiny. “I felt hopeless cause I knew right there and then that I want to take on the responsibility of leading people to Jesus through worship but still, I didn’t want to expose myself and my little ‘insecurity’ to the church. I wonder where I would’ve been today if I let that destroy the dream God placed in my heart since I was a young boy, building His Kingdom and glorifying Him with my gifts and talents.”

Kingdmusic has worked with some celebrated artists in Gospel industry, such as Mahalia Buchanan, Takie Ndou, Lebohang Kgapola and has recently produced South African discovery Vhudie.

Faithful is available on all digital platforms:  https://linktr.ee/kingdmusic