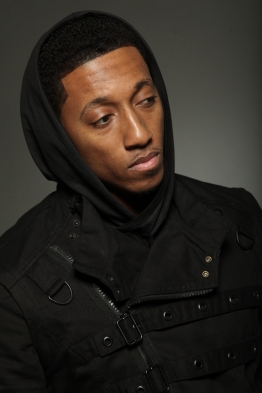 Lecrae made history with his brand-new single “All I Need Is You” this week, becoming the first Christian hip-hop artist of all time to ever reach the number-one spot on iTunes.

The rapper spoke with The Christian Post about the achievement this week and stated that he does not view it as something to brag about.

“I don’t look at it that way,” the rapper said to CP on Wednesday. “I think it’s phenomenal to make music that challenges people to think on morality, spirituality and the betterment of society. Many people do that. Some sing country or jazz – I rap. At the end of the day I’m not here to hold up the banner of a genre. I am here to hold up the banner of Truth. It’s way bigger than genres and charts. I’m fighting to be a voice in culture. A voice in a dark world.”

“All I Need Is You” topped iTunes’ Hip-Hop/Rap song chart, peaking at number one shortly after its release on Tuesday. The achievement not only makes Lecrae the first Christian hip-hop artist to ever garner the top spot, but the rapper is also the first Christian hip-hop artist in history to reach number one on the iTunes song chart overall. Lecrae does not view his success on iTunes as something to brag about in an exclusive with The Christian Post.

Meanwhile, “All I Need Is You” is the newest single off of Lecrae’s seventh studio album “Anomaly,” which is scheduled to hit stores Sept. 9. The song quickly mounted the iTunes Top Songs Chart before peaking at number one on Tuesday, surpassing even Nicki Minaj’s “Anaconda” that was released the same day. “All I Need Is You” also replaced Jessie J’s “Bang Bang” at the number one spot on iTunes.

The 34-year-old rapper is a multi-award winning artist, including a four time Dove-Award winner and 2013’s Best Gospel Grammy Award winner with his album “Gravity.” Lecrae’s forthcoming album “Anomaly” is available for pre-order, and in doing so, fans can download the first two tracks from the album, “Nuthin” and “Fear.” Pre-orders have allowed “Anomaly” to peak at number one on the iTunes Hip-Hop/Rap Albums chart and the number 2 slot on the iTunes Top Albums chart.