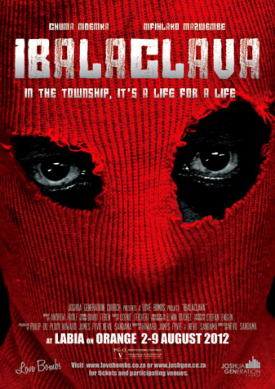 Love Bombs short films have been dropping and creating waves in Cape Town’s Labia theatre since last Thursday. Currently the Love Bombs comprise three different short films which highlight the message of God’s grace in a relevant and fresh way.

The response has been overwhelming with most nights sold out. The team were interviewed on various radio stations, been on the youth show Hectic nine 9 on SABC 2, seen articles in numerous publications and was interviewed on Cape Talk by Barry Ronge who was excited to see the films going beyond the past week’s Labia event.

The Love Bombs project has been a journey involving more than 250 volunteers, most in Joshua Generation Church, who shot footage across Cape Town, and worked together over a nine month period, with the sole intention of changing lives – one film at a time. Three different directors and film crews, with no initial budget, created three short films, with different themes and genres.

Each short film is written, filmed and acted by locals. iBalaclava follows the story of Zolani, a struggling street vendor who turns to an act of crime to provide for his younger brother and himself.   The Second Day is set in a post-apocalyptic prison, where corrupt guards are entertained by betting on inmates in cage fights, until a newly arrived inmate challenges the ring leader to a death match.  The Prodigal tells the story of a young man who leaves his father’s house hold in pursuit of love and acceptance, and is soon faced with the reality of his choice: Is this truly what he has been searching for?

Laurian Guy, who was involved with most of the producing said the most exciting part for her has been seeing God sowing seeds. Howard Fyfvie, who has been the main driver of the project, said he loved that a platform has been created for believers to mix with those who are not in church.

The Love Bombs project will be showing at future events and there are plans to take it to other provinces – to find out more information or see the trailers, visit the Love Bombs Website,  www.lovebombs.co.za.