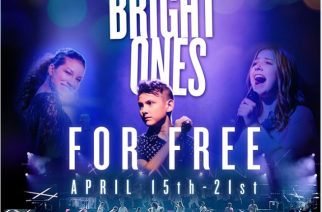 With children in many parts of the world stuck at home due to Covid-19 lockdown regulations Bethel Music is streaming its family feature movie Bright Ones for free from today until April 21. The uplifting film which can be streamed by clicking here is about a group of kids at a performing […] 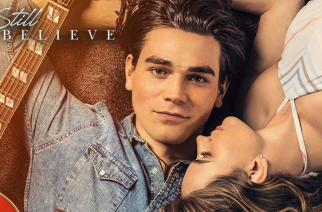 The highly-anticipated Christian movie I Still Believe which tells the heartrending true-life love story of award-winning Christian singer Jeremy Camp and his late, first wife, Melissa, is still set to launching at cinemas in South Africa tomorrow (Friday March 20) despite a ban on gatherings of more than 100 people which […]

March 5, 2020 by admin Comments are Disabled

True-life Christian love story, I Still Believe , which tells the story of award-winning Christian singer Jeremy Camp and his first marriage to Melissa Lynn Henning-Camp who died in 2001, less than a year after they were wed, launches in South Africa on Friday March 20. Country singer Shania Twain plays the role […] 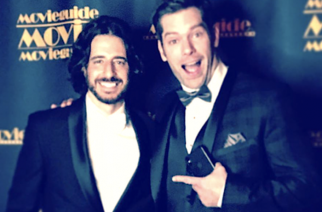 February 26, 2020 by admin Comments are Disabled

Originally published in The Christian Post Filmmaker Dallas Jenkins and the star of his new series The Chosen, Jonathan Roumie, spoke about the power behind their multi-season hit series at the 28th annual Movieguide Awards. The first-ever multiseason show about the life of Jesus’ followers, The Chosen: Season One, is […]

September 26, 2019 by admin Comments are Disabled

Originally published in Movie Guide Christian filmmakers Alex and Stephen Kendrick report that 50 people accepted Christ after a viewing of Overcomer. “I’m grateful the Lord has been carrying us through all of this,” Stephen told Movieguide. The multiple salvations are just one example of the miracles the brothers have […]

DOCUMENTARY: Fastest growing church has no buildings, no central leadership, and is mostly led by women

Originally published in God Reports For the last few years, researchers have credited the underground church in Iran as the fastest growing Christian church in the world. It has unique characteristics that defy comparison with churches in America and Europe, and in the opinion of some who know it well, […] New film from creators of ‘War Room’ to release in August

Kendrick Brothers, the creators of Facing the Giants, Fireproof, Courageous and War Room have announced the release of a new film Overcomer, says Christian Art Distributors in a press release. The new inspirational sports drama will release in selected Ster Kinekor theatres across South Africa on August 30. Director Alex Kendrick will once again return in a […]

Originally published in Hallels.com Bethel Music in association with Fathom Events is screening its first-ever feature film, Bright Ones at select US theatres and churches on April 22. Following the lives of three students, each embarking on a journey to find their identity while attending a performing arts high school, the […] Originally published in Christian Headlines Four-time Grammy Nominated Christian singer and songwriter Matthew West premiered his new song on Friday, and it packs a powerful pro-life punch. West’s song Unplanned is expected to appear in the new pro-life movie by the same namesake. As Crosswalk.com reported, the R rated Christian […]

February 6, 2019 by admin Comments are Disabled

Originally published in Lifesite News The movie about Abby Johnson’s pro-life conversion has found a distributor and will be coming to 800 North American screens in March. The film’s backers have released a two-and-a-half-minute trailer of the much-anticipated film. Pure Flix, the distributor for God’s Not Dead, is releasing Unplanned […]