[notice]A weekly column in which Pieter Pohl, founder and managing director of Innovation Films, sheds some light on the latest movies. Check in each week for reviews and previews of mainstream and Christian movies at the cinema, on TV or on DVD.[/notice] 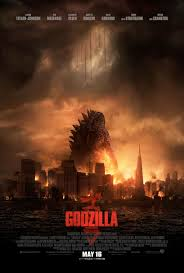 MovieGuide:
GODZILLA is an American reboot of the 1954 Japanese movie based on the mythic dinosaur creature. In 1999, two pods are discovered in the Philippines. Something escapes into the ocean from one of the pods, while the other is taken to America for research. Whatever escaped travels to Japan and destroys a nuclear facility. Fifteen years later, the government continues to hide what happened. When the creature, Godzilla, wakens, it sets its destructive eye on San Francisco. Navy Lieutenant Ford Brody finds himself in the middle of the attempt to stop Godzilla, but he must also keep his family safe.

GODZILLA is extremely exciting and well directed, with stellar visual effects and terrifying sound design. The movie has a subtle environmentalist theme against nuclear power based on mythological pagan worldviews. However, it also has some strong moral, redemptive, patriotic elements. For example, it extols self-sacrifice and courage, and an American soldier says a Christian prayer at one point. Ultimately, though, GODZILLA has many gritty, intense moments, and the amount of destruction and foul language warrants strong, and possibly even extreme, caution. 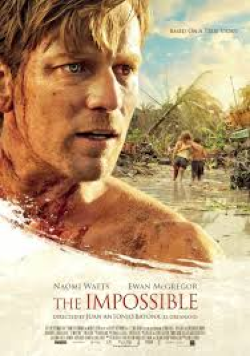 MovieGuide:
THE IMPOSSIBLE tells the story of a family caught in the 2004 Indian Ocean tsunami. Henry, his doctor wife, Maria, and their three sons, fly from Japan where Henry is stationed. They stop in Thailand for a Christmas vacation at an absolutely beautiful five-star resort. The movie establishes them at the resort as they are having fun. Suddenly, the tsunami hits. During the intense waves, the family gets injured and separated. The rest of the movie is each one of them trying to find each other.

THE IMPOSSIBLE is a well-produced, beautifully photographed disaster movie based on actual events. It puts viewers on the edge of their seats. The amount of violence inflicted by the tsunami on people requires caution. There’s also brief naturalistic nudity, but only one discernible obscenity. For those people who have faith in God, the movie will be a slight disappointment. There’s absolutely no sign of prayer and no mention of God. By the end of the movie, the audience asks, how did this family come together without God? THE IMPOSSIBLE is an exercise in the triumph of the will.