This week in partnership with CMD Entertainment Africa we will give away a copy of the ADRENALINE DVD. To be in the running please share this story on Facebook, or tweet it and email news@gatewaynews.co.za with the subject ADRENALINE and include your name, postal address, email address and cell number. The winner will be drawn on Wednesday April 26.

ADRENALINE
MOVIE TRAILER & MORE INFO: https://www.youtube.com/watch?v=JjxllhSQASU
FOR AGES 12 AND OVER 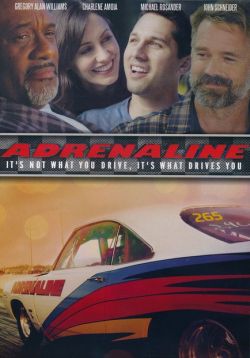 Synopsis:
A drag racer’s life is turned upside down after a crash that leaves him a paraplegic. Forced to face his new circumstances, he struggles to walk, trust, love and, ultimately, race again.

Dove review:
Adrenaline is a winner of a film! Joseph Jenkins (Michael Rosander) is a racer, just like his dad, and he likes to win. When challenged by a jerk named Jason Skynard (Anthony Reynolds) to race for a nice cash prize, Joseph can’t refuse. The race begins just as it starts raining and Joseph’s car flips several times, leaving him paralyzed. His racing days seem to be behind him.

Enter Josie Rigsby (Charlene Amoia), a physical therapist who takes a liking to Joseph. In one scene, when Joseph is having a bad day and feeling sorry for himself, Josie shows him a scrapbook of former patients and what they went on to accomplish.

For example, a young woman named Kate lost a leg at age 22 but went on to land a great job, get married, and have children. Joseph’s roommate, Eli, helps him open up and has Joseph join him and some other patients for a game of throwing objects in a bed pan!

Another influential person who comes into his life is Joseph’s Uncle Paul (John Schneider). Uncle Paul gets Jospeh into a race car and racing again, something he never thought would be possible.

With Joseph working hard and learning to cope, and his relationship with Josie blooming, he begins to enter race after race and wins. He is dealing with his paralysis while refusing to let it beat him.

Yet he has one big challenge remaining: he must defeat his nemesis Jason Skynard, the man he was racing when his accident occurred, in order to win a big championship. How will Joseph respond to his biggest challenge yet?

The acting is excellent and the story is nicely resolved. The importance of loved ones and having a purpose in life are wonderful themes. We are ecstatic to award this movie our Dove “Faith-Friendly” Seal for ages 12+. Adrenaline is awesome! See it soon! – www.dove.org 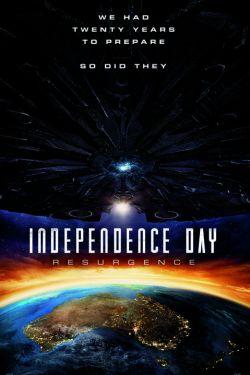 We always knew they were coming back. After Independence Day redefined the event movie genre, the next epic chapter delivers global spectacle on an unimaginable scale. Using recovered alien technology, the nations of earth have collaborated on an immense defence program to protect the planet. But nothing can prepare us for the aliens’ advanced and unprecedented force. Only the ingenuity of a few brave men and women can bring our world back from the brink of extinction.

“They’re back.” That’s the main focal point of the new “Independence Day” movie, “Resurgence”, although it definitely ends with an open door for another possible sequel. Twenty years have passed since the alien invasion of 1996.

Now former President Whitmore (Bill Pullman) is still recovering from what the first invasion did to him, as he is cared for by his daughter, Patricia (Maika Monroe). Patricia is engaged to Jake Morrison (Liam Hemsworth), a pilot in a moon mission and a terrific fighter.

He will be needed when the aliens return. The former president, Whitmore, works with current President Lanford (Sela Ward), called “Madame President” in the film, to try to keep the situation from escalating when it becomes apparent the bad guys, and girl, have returned.

With strong talent like Jeff Goldblum as David Levinson, and Judd Hirsch who is perfectly cast as his dad, Julius Levinson, the film showcases a lot of talent.

The special effects are dazzling and the space ship “dog fights” are amazing. It is learned that the queen of the aliens is America’s newest enemy, and the threat is even greater than the first time around.

But it is the human stories, such as will Jake survive to see his fiancé Patricia again, and the death of someone close to Dr Brakish Okun (Brent Spiner), that truly keep the human emotions and elements alive in the picture.

There are tense moments balanced with some humour. For example, when Jake is grounded for disobeying an order that saves lives, he wonders aloud, “Can I still watch TV?” Regrettably, the movie contains very strong language and fairly frequently, so we are not able to award it our Dove “Family-Approved” Seal. -www.dove.org