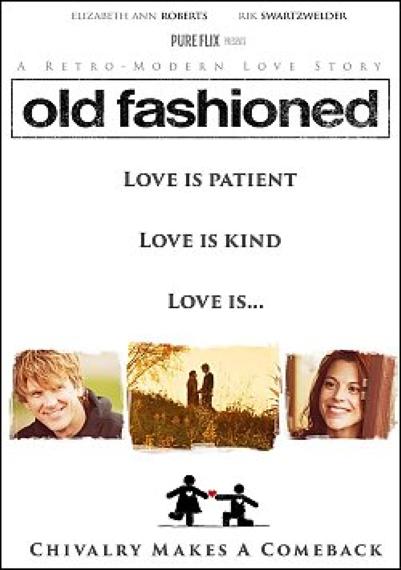 Dove Review:
This is an old-fashioned movie for romantics! Clay Walsh (Rik Swartzwelder) runs an antique shop and has some old-fashioned ideas about romance that include reliability and loyalty. When a young woman named Amber (Elizabeth Roberts) rents an apartment above his shop, there is a definite spark between them despite the fact that Amber thinks Clay is a bit odd. She is intrigued with his ideas about courtship and they begin to ever-so-slowly develop a relationship, despite definite interest on both parts. He also encourages her to look to God.

When she attends church with Clay, she and Clay hold hands and she admits to a friend that it felt like “home.” They face a snag or two along the way, but it becomes clear that the two are destined to be together. He remembers things she considers romantic: her nails being done, walking on sand, and jazz. We are happy to award this “old-fashioned” tale our “Faith-Friendly” Seal for ages twelve and above, and award it four Doves. There are a few comments about sex, but nothing over the top. The film features a good story with old-fashioned morals, something today’s world could use more of. 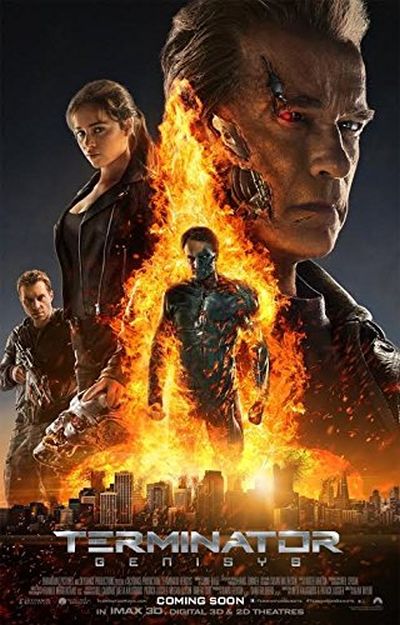 Dove Review:
“Terminator: Genisys” does a good job in giving the audience the feeling they just finished watching the first two “Terminator” movies and the story has simply continued. Indeed, both Arnold Schwarzenegger, who is one of the stars again in the “Terminator” franchise, as well as the original Director, James Cameron, have said they like this one the best in terms of subsequent sequels following the original two movies.

This time Director Alan Taylor is at the helm and the special effects and story reminds the viewer of Cameron’s style, which is to say slick and fast. Emilia Clarke is a real treasure. It is eerie how much she looks and sounds like Linda Hamilton at various times during the film. She plays Sarah Connor with the same toughness that Hamilton did. The film alternates between the future when the Terminators and Skynet are at their peak in holding off the human resistance, and then the time travel takes the viewer to 1984 and then to 2017, just two years into our own “present” future. There is a reason for the trip two years ahead which the movie’s plot reveals when Kyle Reese (Jai Courtney) travels first to 1984. Make no mistake about it, a viewer could get lost in the alternate time frames and story lines if not paying close attention.

One of the most action-packed sequences, and interesting, involves the older Terminator (Schwarzenegger), now called “Pops” by Sarah Connor, confronting his younger 1984 self. Ultimately, the goal of Kyle and Sarah is to prevent Skynet from ever getting started in the first place. However, there is a surprise they have to deal with in order to be successful, and it involves their own son, John Connor (Jason Clarke).

Despite the themes of sacrifice and loyalty, and terrific special effects, the film contains strong language and brief rear male nudity, not to mention a lot of violence, so we are prevented from awarding it our Dove “Family-Approved” Seal.