This week in partnership with CMD Entertainment Africa we will give away a copy of the HILLSONG: LET HOPE RISE DVD. To be in the running please share this story on Facebook, or tweet it and email news@gatewaynews.co.za with the subject HILLSONG: LET HOPE RISE and include your name, postal address, email address and cell number. The winner will be drawn on Wednesday December 7. 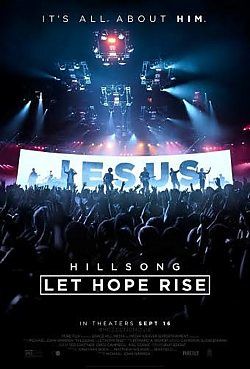 Movieguide Review:
Hillsong: Let Hope Rise is a wonderful, inspiring music worship documentary about the successful Christian worship group, Hillsong. The group has sold millions of records. Its songs are featured in most modern churches. Hillsong is not one group but several groups at several campuses, which come together to form the music team that plays and sings all over the world. The worship leader is Joel Huston, the son of the pastor, who started the Hillsong Church in the 1980s in a building in Sidney, Australia. The jeopardy arises during the last third of the movie when the group has to sing in the Los Angeles Forum while trying to write a new song. The clock ticks down from 77 minutes to performance. 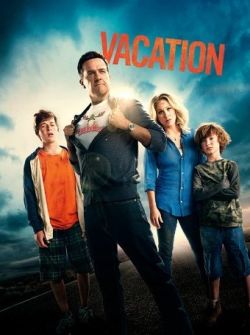 Synopsis:
A reboot of a 1983 comedy, Vacation stars Ed Helm as a married father who takes his own family on a cross-country trip to the amusement park Walley World, only to meet a series of disastrous events. Vacation has a strong pagan worldview and is marred throughout by foul language and overly gross, lewd attempts at humour that are sure to offend even the biggest fans of R-rated comedies, and especially any discerning, media-wise viewers.

Dove Review:
Vacation is a reboot of a 1983 comedy. It stars Ed Helms as Rusty Griswold, a father who suddenly takes his family on a cross-country trip to the amusement park Walley World, where his own dad took him decades ago. Rusty has grown up to be a pilot for the cheap airline Econo Air and has no self-esteem about himself and his career status. Because the trip was planned so hastily, Rusty is stuck with an Albanian car that has endless bizarre features making it a nightmare to drive. More comical complications ensue.

Ed Helms is badly miscast as Rusty. He’s alternately too sad-sack or flat-out creepy in many scenes. Vacation also has lots of strong foul language, crude references, too many scatological moments, and some explicit, excessive nudity. Despite all the trashy moments, the Griswolds do stay together and are brought closer by their trip, so the movie does eventually endorse the strength of family. However, it comes across much too little too late. So, Vacation is unacceptable, abhorrent entertainment that fails to deliver many real laughs or consistently uplifting moments. – www.dove.org