LIFE’S STORY 1: THE ONE THAT HASN’T BEEN TOLD
Movie trailer & more info: NO TRAILER AVALABLE
ALL AGES 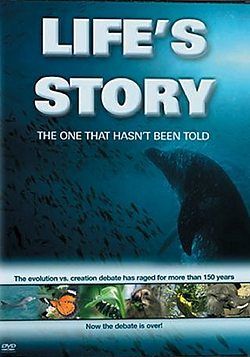 Synopsis:
What does modern DNA research now prove about the theory that simple cells evolved into all life on earth? The answer? Simply that evolution is impossible. So why is this information being kept from the general public? Should Darwin’s theories still be taught as “facts” in our educational institutions? In a wildlife program unlike any other seen before, you will journey to discover the story of life itself. This program examines the long-held beliefs that have been the foundation of natural selection for more than 150 years. How much can animals change? Why do so many species depend upon one another to survive? Where does instinct and intelligence come from? And what do the designs of creatures alive today reveal about their history? Learn about the abilities of parrot fish and dolphins, the habits of ostriches and wildebeests, and the skills and instincts of cheetahs, giraffes and lions. Filmed and researched over a five-year period in more than 10 different countries, Life’s Story explores all these issues and many more in one of the most visually stunning and informative wildlife productions available today.

Dove Review:
This fascinating documentary boldly defies Darwin, and does so with proof set against a beautiful backdrop of fish, sea life, plant life, and other creatures such as lions and cheetahs and giraffes. The narrator relays fascinating scientific information such as: DNA prevents mutations, and the few minor times there are any differences, the species does not become better. It’s mentioned that creatures today are the same as their fossil grandparents. The narrator also quotes some great men, including Lord Calvin who said, “The atheistic idea is so nonsensical that I cannot put it into words.”

With such useful information being shared, such as apes being born with knowledge, but humans having to learn, it is obvious to me that this DVD should be in every classroom in America! We heartily recommend this DVD for all ages and we award it five doves, the most we can give. Knowledge never looked this good! — www.dove.org 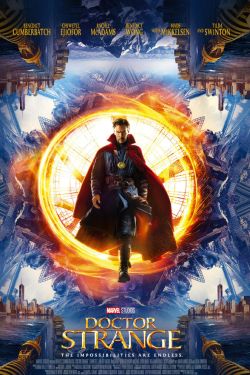 Synopsis:
Marvel’s Doctor Strange follows the story of the talented neurosurgeon Doctor Stephen Strange, who, after a tragic car accident, must put ego aside and learn the secrets of a hidden world of mysticism and alternate dimensions. Based in New York City’s Greenwich Village, Doctor Strange must act as an intermediary between the real world and what lies beyond, utilising a vast array of metaphysical abilities and artefacts to protect the Marvel Cinematic Universe.

Dove Review:
Doctor Strange is a special effects-laden extravaganza that features a commanding performance by Benedict Cumberbatch as Doctor Strange, the Marvel comics’ surgeon who is endowed with mystical powers. In the movie, as well as the comic, he is arrogant, making it difficult for his former girlfriend, Christine Palmer (Rachel McAdams). When he is seriously injured in a car accident, she wants to help him, but he is rude to her and impossible to get along with, so she leaves him. His injured hands continually shake, meaning he can no longer be the surgeon he was. He doesn’t want to go on this way. When he runs into a man who was also seriously wounded, but is now healed, the man tells him he found his answer in a certain foreign land. So, Doctor Strange is off to Katmandu to find the location, but instead finds a woman called “The Ancient” (Tilda Swinton) and she makes it clear that his problem is not a physical one, but a spiritual one. He scoffs at this, but when she pulls his spirit out of his body, he begins to listen to her!

He is soon journey-bound but on a spiritual journey, to learn more about serving others instead of himself. He devours mystical books and begins to learn to send his spirit on various journeys. There is a lot of action packed into the movie including several fights, and nuggets of wisdom, as well as comedic moments. For instance, Doctor Strange learns how to use a time “loop” to repeat situations and he uses this to his advantage when facing a large monster-like creature that kills him. The creature refuses to set Hong Kong free from a catastrophe so when Strange shows up time and time again, he wearies the demon-like monster until it finally sets things right.

Ordinarily, Dove has no problem with fantasy stories as long as they don’t venture into the Dark Arts and Occultism. Unfortunately, this film takes the subject a step too far. There are frequent mentions of “spells” in the film. Doctor Strange follows the advice of The Supreme Sorcerer and engages in astral projection, which is clearly an occult practice. He uses it as a device to travel to other places and times. We are withholding our Dove “Family-Approved” Seal due to the dominate reference to, and use of the occult. The content listing provides more details under “Other.” (website) — www.dove.org