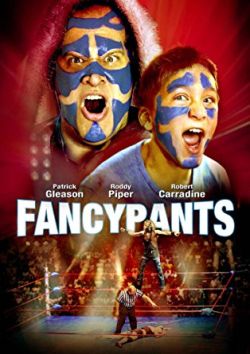 Synopsis:
Fancypants is the story of a professional wrestler who is afraid of conflict in real life. He bashes heads in the ring, but he’s afraid of old ladies in the supermarket.

MOVIEWISE Review:
The story about a professional wrestler who’s afraid of conflict in real life.
The movie is about a wrestler, Leo, who is great at what he does in the ring but getting to a time of retirement even though he feels there’s more wrestling in him.
By continuing to wrestle he can avoid issues that he is facing and with this being his distraction, he chooses to rather wrestle.
Leo meets a kid who is a die-hard fan, and then decides to train the kid. He regularly hangs out with the kid and his mom, whom Leo started getting feelings for.

Something horrific happens to the kid that lefts Leo with a final decision regarding his career.

THE GIRL ON THE TRAIN
Movie trailer: https://www.youtube.com/watch?v=y5yk-HGqKmM
16VSNL 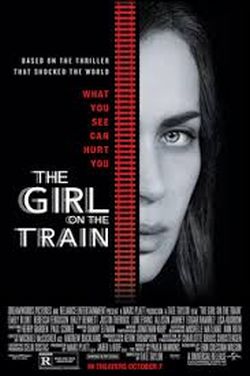 Summary:
The Girl on the Train is a mystery, suspense thriller based on the popular 2015 novel about an alcoholic woman who obsessively observes people from a train and becomes involved in a murder plot. The Girl on the Train has terrible pacing and only a mediocre twist that’s somewhat thrilling. It contains some morally repugnant content, including an excessive amount of foul language, some graphic violence, alcohol abuse, and several lewd scenes that which media-wise viewers will want to avoid.

MOVIEGUIDE Review – “Endless Train Ride to Repugnant Boredom – Don’t Board This Train”
The Girl on the Train is a mystery, suspense thriller based on the 2015 novel about an alcoholic woman who obsessively observes people from a train.

Rachel Watson (Emily Blunt) is a divorced alcoholic, who spends her days riding a train. The train runs right past her old home where Rachel’s ex-husband Tom lives with his new wife, Anna, and their baby. Two houses down from Tom and Anna lives a young couple who Rachel believes embody perfect love. Specifically interested in the young woman, Rachel observes them every day as the train passes their house.
One day, however, Rachel sees that the woman she idolizes, Megan, is cheating on her husband. This betrayal infuriates Rachel, who drunkenly vows to punish Megan for throwing away her marriage. On her way home, Rachel leaves the train and starts walking towards Megan’s house.

The next morning, Rachel wakes up with a terrible hangover and blood on her head and shirt. As usual for when she gets drunk, she has no memory of what happened the night before and all the blood makes her fear she might have done something awful. Detectives show up at her home to tell her Megan is missing, so Rachel’s fears that she may have murdered Megan grow even stronger.

However, as Rachel begins to put the puzzle pieces together, she learns that she may not be as broken as she thought and may not be the killer.

The Girl on the Train’s marketing boasts crazy twists and turns, and promises shock and awe. While the twist at the end is somewhat surprising, Director Tate Taylor fails to build suspense while the story moves forward. Worse, the final twist is only amplified because Taylor deceived the audience with several fabricated shots. The movie’s non-linear storytelling contains too many time jumps and tries to make simple plot points intriguing, but these qualities hinder the movie’s pacing. That said, Emily Blunt plays the tortured soul of Rachel brilliantly, though her character is just a tad too unlikeable at the beginning.

Morally, nearly every character in this mystery thriller is repugnant. The men are all sex-craved control freaks with bad tempers, and the abused women drown their pain by either indulging in affairs or alcohol. By the end, Rachel rebuilds herself by learning not to be manipulated (a good thing), but seems to blame all her alcohol problems on her deplorable ex-husband, Tom. In the same way, Megan’s infidelity is explained away due to a legitimate tragedy that affected her when she was younger. Ultimately, no characters take responsibility for any of their mistakes. This, of course, is an ethically weak worldview, with destructive feminist leanings.

These moral problems, along with an excessive amount of foul language, graphic scenes of violence and multiple lewd scenes, make The Girl on the Train excessive, unacceptable movie with some repugnant elements. Thus, discerning moviegoers probably should ignore the hype and take another train to satisfy their desire for cinematic entertainment. – www.movieguide.org