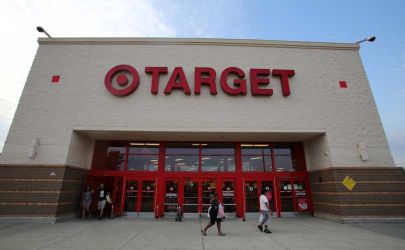 Nearly a million people [986 400 at time of posting this report] have pledged to boycott United States discount chain store,Target, over the company’s new policy allowing men to use women’s bathrooms.

The American Family Association, which launched the petition, says the fact that it’s generated such a large response in only a week shows how outraged Americans are.

“American families are concerned about their wives and daughters being harmed by predators or voyeurs who will now have more freedom to enter women’s bathrooms,” AFA president Tim Wildmon.

Alternative proposal
“There are many more sex offenders in America than transgender people, so we believe that Target should keep separate facilities for men and women, but for the transgender community and for those who simply like using the bathroom alone, a single occupancy unisex option should be provided, as AFA has proposed.”

Target announced its new policy last week, writing in a statement that it would allow people to use bathrooms based on their self-determined “gender identity” and not biological reality.

“Everyone deserves to feel like they belong. And you’ll always be accepted, respected and welcomed at Target,” the company wrote in its statement announcing the new policy.

Over the past several years, there have been numerous cases of men using transgender bathroom policies as an excuse to enter women’s bathrooms and intimate facilities like locker rooms.

Unisex bathrooms are a “common-sense approach” and “reasonable solution” to the issue of transgendered customers, the petition suggests. “Target should keep separate facilities for men and women, but for the trans community and for those who simply like using the bathroom alone, a single occupancy unisex option should be provided.”

Does boycott reflect Christ well?
However, not all Christians are on board with the idea of boycotting, reports CBN News.

“It sounds like an easy and impactful way to take a stand, but is boycotting a corporation the best way to reflect Christ in light of the issues at stake? I propose it’s not,” Christian blogger Aaron Wilson wrote in his blog post, “3 Missional Truths to Consider Before Boycotting Target,”

“In fact, I think a strategy of cultural engagement that has boycotting as its nucleus is doomed to undermine the true effectiveness of biblical evangelism,” he continued.

Among other reasons, Wilson believes “boycotting ignores the real problem of a Gospel-less culture.”

“The best case scenario in this effort is that Target goes back to its long-standing bathroom policy,” he wrote. “While this would be great news, you could only call it a tempered victory as no disciples of Jesus would be made and the real underlying problem of sin would still exist.”