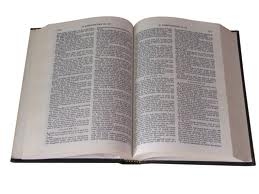 Amid ongoing criticism directed toward the new NIV Bible, one professor has come out publicly in defense of the updated translation, saying critics are investing too much in the “gender-neutral” issue.

“They don’t like the idea of gender-neutral translations as a whole. If someone announces that’s what they’re doing, then it’s automatically read as being a capitulation to the culture,” Dr. Darrell Bock, Research Professor of New Testament Studies at Dallas Theological Seminary, told The Christian Post.

A million copies of the updated NIV were printed and released in stores in March. It is the first revision to the popular NIV in 25 years.

But ever since the new text was made available online last year, the updated translation has not received the most positive reviews.

Along with criticism from the Council on Biblical Manhood and Womanhood, which found 2,766 gender-related inaccuracies, the Southern Baptist Convention – the largest Protestant denomination in the country – most recently rejected the new NIV.

“This translation alters the meaning of hundreds of verses, most significantly by erasing gender-specific details which appear in the original language,” states a resolution passed by Southern Baptists in June.

Expressing “profound disappointment” in the “inaccurate translation of God’s inspired Scripture,” Southern Baptists said they cannot commend the 2011 NIV to the Christian community and requested that its LifeWay bookstores not carry the translation.

Bock acknowledged that the updated translation may not be perfect and that it does contain a few problem passages, but he maintained, “I don’t think having a problem with one passage is reason for condemning a translation.”

“And I think the better way to do this is to continue to appeal to those passages where you have problems and not bring a thumbs down on the translation as a whole.”

The Dallas scholar also rejected claims that the Committee on Bible Translation, the independent body of global biblical scholars responsible for the new translation, had an agenda – particularly a feminist one, as some have contended.

“I really don’t like the idea of suggesting there was a motive or an agenda behind people doing this because the bulk of the committee is actually very conservative when it comes to women’s issues,” Bock commented to CP.

Southern Baptist Dr. Richard Land, president of the Ethics & Religious Liberty Commission, said he stands by the denomination’s resolution despite Bock’s claim that critics have been unfair.

“You can’t be too careful when dealing with the holy [Word of God],” he stated to CP.

While Bock’s argument might hold water if it were the only English translation out there, there are many good and accurate translations available, Land noted. Land favors the New American Standard Bible.

Bock clarified that he welcomes gender-neutral language in the Bible to a certain extent – namely, to the extent it doesn’t wash out the original meaning. And the new NIV, he believes, does not have that problem.

“In English, when you say ‘you guys,’ we don’t necessarily mean that we’re just talking to males. The changes that they’re trying to make are changes of that kind,” he said.

John 14:23 is one example Bock gave. The Council on Biblical Manhood and Womanhood opposes the change made in the new NIV from “he” to “them.”

Bock argued, “When we are in a context where we say anyone and then translate either him or them, we are saying the same thing linguistically. So the issue is not the pronouns have been mistranslated. They have been rendered in terms of what they ultimately mean and how wide the intended reference is.”

The Dallas scholar questions the claim by Southern Baptists that there are “hundreds” of problematic verses – mainly for erasing gender-specific details.

“I think their theory about translation is too narrowly applied,” he stated of critics.

“What I am saying is that there are a variety of ways to say the same thing or close to it. Translators often say when you translate you both lose and gain. There is more room here than people think for a variety of ways to render the text that are acceptable. It is why we have more than one translation.

“One can be too picky … Even the Holy Spirit did not always render the OT (Old Testament) word for word when he cited the text in the New Testament.”

For the most part, the new NIV has received a “great deal” of support, according to Tara Powers, spokesperson for Zondervan. She said she is not aware of any stores that have threatened not to sell the updated NIV and that LifeWay stores are still determining whether or not they will carry it.

The committee’s “approach to gender language reflect widely accepted practices,” she noted. “Passages intended to be gender inclusive remain so.”

The NIV has been the preferred translation for millions of people, she added. It has more than 400 million copies in print worldwide.