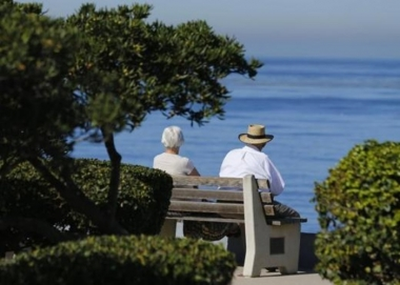 An elderly Christian couple from Wisconsin, USA, was featured on Time magazine and other US media recently when they revealed to a local news network that they never had even a single argument in their 75 years of blissful marriage.

Arlene and Richard Baughman, age 96 and 97, respectively, got married in 1940 or two years before World War II, and until now they remain as deeply in love and committed to each other as during their first day together as husband and wife.

“If we had differences we just talked about it,” said Richard.

“We always said, we didn’t have dishes to throw or shoes to throw because we couldn’t afford it. So, we had to get along!” Arlene joked, noting that money was scarce in the pre-war era right after the Great Depression.

The two met at a movie with friends, and it did not take long until they became a couple.

“We talked right from the start, he was really easy to talk to,” said Arlene.

“I’m still wearing my original wedding ring,” said Arlene, who showed her thin gold band. She wanted to be Richard’s wife more than having a fancy engagement ring.

They encountered a huge challenge in their married life when Richard got drafted in 1942 for the war, only a few weeks after the birth of their first son.

“There was no way of getting in touch with him. Letters were scare so we hardly knew how he was or where he was,” said Arlene.

Arlene busied herself with teaching. After 14 months of having no way of communication, Richard finally returned to their home in Sheldon, Wisconsin.

“That was the most wonderful time of my life, said Richard. “To think I could come home to my wife and children.”

But the memories of war haunted Richard, who said: “I know I had a lot of bad dreams and so forth.”

The two faced everything together, from Richard’s post-traumatic stress disorder to the death of their eldest son.

“Without him, I don’t know what I would have done, I wouldn’t have made it,” said Arlene.

“I’m still in love with her, she means everything to me,” said Richard.