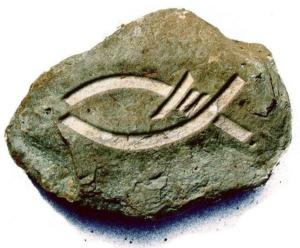 The National Religious Broadcasters (NRB) has announced Open Doors will receive the Milestone Award during the NRB Convention in early March.

The Milestone Award is given annually to ministries which have more than 50 years of continuous ministry in Christian outreach and broadcasting. Open Doors is celebrating 58 years of serving persecuted believers in restricted countries around the world. Ten ministries will receive the award during NRB’s 70th annual convention March 2-5 in Nashville, USA. The awards will be presented at a dinner March 5 at the Gaylord Opryland & Convention Centre.

National Religious Broadcasters is an international association of Christian communicators whose member organisations represent millions of listeners, viewers and readers through radio, television, the Internet and publishing. The mission of NRB is to advance biblical truth, promote media excellence, and defend free speech, so that the Gospel of Christ may be freely proclaimed around the world.

“It is an honour for Open Doors to receive the Milestone Award,” says Open Doors International CEO Jeff Taylor. “I would like to thank the National Religious Broadcasters for recognising Open Doors and other ministries for five decades or more of faithful service.

“The Lord has blessed Open Doors since our founder Brother Andrew first delivered Bibles behind the Iron Curtain in 1955. Today Open Doors continues to sustain and strengthen Christians living in hostile countries so they can spread the Gospel. I thank the Lord for all those who have supported and prayed for our persecuted brothers and sisters over the years.”

NRB President/CEO Dr Frank Wright states: “For nearly six decades, Open Doors has faithfully served the persecuted Church through theological training, community development and distribution of Bibles, training materials and other Christian materials. The ministry has also done a phenomenal job in raising awareness of [persecuted] Christians around the world, and in mobilising the Church in the West to pray. Only God knows the full impact of this tremendous ministry.”

Sealy Yates, Founding Chairman, Open Doors International, will accept the award at the March 5 ceremony. Steve Ridgway, interim President/CEO for Open Doors USA, will also attend.
Christians are persecuted for their faith in at least 60 countries worldwide. They suffer interrogation, arrest and even death in some of the most dangerous and restrictive countries in the world. For 58 years Open Doors has supported and strengthened believers worldwide through Bible and Christian literature distribution, leadership training and assistance, Christian community development and prayer and presence ministry. For more info contact media@opendoors.org.za or visit www.opendoors.org.za.