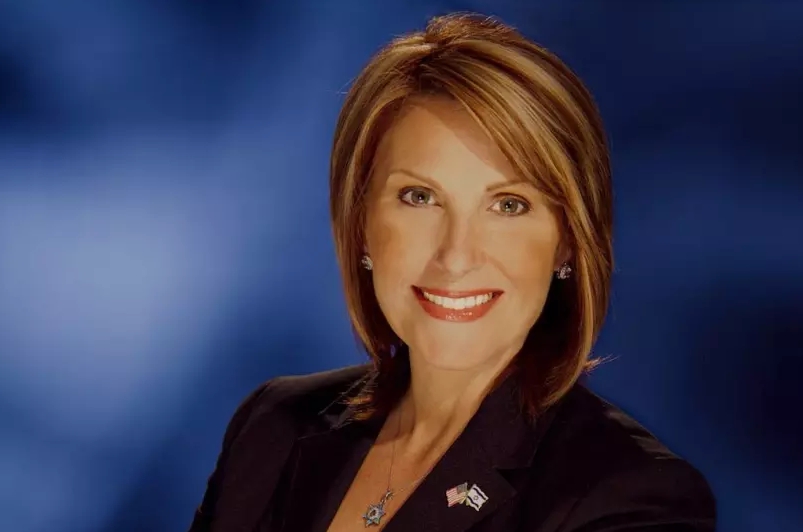 Laurie Cardoza-Moore, founder of Proclaiming Justice to the Nations.

Israeli Messianic Jewish leader and author Ron Cantor has written an open letter [See below] to Laurie Cardozo-Moore a prominent US Christian supporter of Israel and host of the popular ‘Focus on Israel’ TV programme after she wrote to Israeli prime minister Benjamin Netanyahu, asking him to ban a new God TV channel for proselytising Jews. God TV’s Hebrew-language channel, Shelanu, has been threatened with closure over its ‘missionary activities’

Let me start by saying thank you for loving the Jewish people. I know that is where your statement, asking the prime minister of Israel to silence the voices of Messianic Jews, came from. But with all due respect, as a citizen of the nation of Israel, let me say to you, this is not your fight!

Imagine if I wrote President Trump and asked him to revoke your First Amendment rights because you are butting into the affairs of another nation. That is what you have done. Do you value freedom of speech just for Americans? You will say, “No, I just don’t want outsiders like GOD TV interfering.”

But here is what you don’t know. Shelanu is a partnership between GOD TV and the Messianic Jewish community in Israel. Our board is 80% Hebrew-speaking Israelis. One of our members is an Israeli Arab. I was the one who brokered the deal with HOT, as a Messianic, Jewish, Hebrew-speaking (not perfect!) Israeli. There was no confusion about our intentions, and I have proof.

So, without checking with your actual believing brothers and sisters, you asked the prime minister of a sovereign nation, not your own, to silence Jews and Arabs who love Yeshua. Maybe you thought you were writing to the ayatollahs in Iran or the crown prince in Saudi Arabia. But you didn’t. Israel is a democracy. And even those who have different opinions are free to share them.

Should we tell the young Messianic Jewish music artists who are now featured on Shelanu TV that Laurie Cardoza-Moore wants to shut them up? Should we inform the believers who record their testimonies to share with their fellow Israelis that you oppose them? What gospel have you believed, Ms Cardoza-Moore?

You actually unwittingly accused Israelis of being anti-Semitic!

“Instead, they have chosen to stand on the wrong side of history, empowering the anti-Semites.”

How do Israelis sharing Yeshua with Israelis empower anti-Semites? Next time, pick up the phone and get your facts straight.

You wrote: “Our only mandate to the Jewish people is to love and support them because they are God’s chosen people. Any attempts to convert Jews or downgrade their religion will only sow undue hatred at a time when we should unite in the face of darkness.”

First, I have never, ever asked a fellow Jew to convert, and I did not myself. I discovered my Messiah in Yeshua, just like the first disciples, who also did not convert. But have you even read the New Testament that says salvation has come to you, Ms. Cardoza-Moore, to “provoke Israel to jealousy” (Rom. 11:11c, TLV)? The gospel is “to the Jew first,” says Paul (Rom. 1:16b). He also said he would be willing to go to hell for the sake of the Jewish people.

“I speak the truth in Messiah — I am not lying, my conscience confirms it through the Holy Spirit—I have great sorrow and unceasing anguish in my heart. For I could wish that I myself were cursed and cut off from Messiah for the sake of my people, those of my own race, the people of Israel” — Rom. 9:1-4, NIV.

It was the founder of Jews for Jesus, Moishe Rosen, who said that the greatest form of anti-Semitism is to not share Yeshua with Jewish people. Now I understand as an evangelical, facing 1 900 years of gruesome anti-Semitism, and even murder, against the Jewish people by so-called Christians, that explaining that Yeshua is the Jewish Messiah to a Jewish person is difficult. But don’t you dare try and silence Jewish believers from reaching our own people — and that by petitioning our prime minister.

Just imagine if you wrote the same letter to Iran. Don’t forget, Christians killed many Muslims in the Crusades. Maybe you should reach out to the leaders of Muslim nations to apologise for seeking to reach them with the lifesaving message of the Messiah.

We face intense opposition here in Israel from some, not all, in the ultra-Orthodox community. A teenage boy had a bomb blow up in his face by someone opposing the gospel. It is only by a miracle that he survived. Some have had tires slashed, buildings bombed or their face plastered on posters and then placed all over their neighbourhood, with warnings, “Missionary, beware!” Just today I have received vulgar hate mail. But you come to the aid of the persecutors, not ours—your believing family.

Here’s the deal. Messianic Jews in Israel will not seek to silence you; don’t you seek to silence us. I understand that many evangelicals want to bless Israel. Thank God! Wonderful! Continue. Israel knows that evangelicals are their best friends. But your first commitment should be to your brothers and sisters in the faith here in Israel.

“Therefore, as we have opportunity, let us do good to all people, especially to those who belong to the family of believers.” — Gal. 6:10.

I am speaking of Israeli Messianic Jews who serve in the army, risking their lives, being a witness to others in the Israeli Defense Forces. How do you think they would feel to see your words rebuking them? Asking our prime minister to take away their basic human rights of freedom of speech and expression is horrendous and shameful.

I call on you and every other evangelical to ask yourself: Whose side are you on? Can you love Israel and be true to the Gospel? Or do you have to sacrifice the commands of Yeshua that implore us to share His message? I say no. It is both possible to love your elder brother, the Jewish people, and in a tasteful way, be honest about your faith. But your actions are tyrannical in calling on the prime minister to silence his citizens. I call on you to revoke your request to the prime minister and apologise to your Messianic brothers and sisters.

Normally I would approach you privately, but did you grant us that courtesy before your outrageous actions? If you had, armed with the truth, you probably would have thought twice.