Around 1,200 Christians now incarcerated after a spate of arrests in 2013

Religious persecution in Eritrea is at its “highest level ever and getting worse”, an Eritrean Christian leader, who cannot be named for security reasons, has told the Christian charity Open Doors International.

Thirty-seven Christian students from the College of Arts and Social Sciences in the town of Adi Kihe, and five men from the Church of the Living God in Asmara, were arrested last week, taking the total number of Christians known to have been arrested this year to 191. 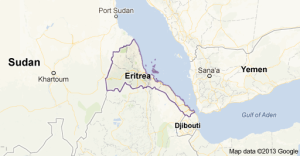 Open Doors, a ministry to Christians who live under pressure because of their faith, estimates around 1 200 Christians are now incarcerated in Eritrea. However, some estimates claim the figure to be as high as 3 000.

Churches in Eritrea have been monitored closely since May 2002, when the government closed all Protestant and Pentecostal churches which did not apply for registration with the department of Religious affairs.

Eleven years later, there is evidence of widespread human rights abuses by the Eritrean government, according to human rights organisation, Amnesty International.

“Twenty years on from the euphoric celebrations of independence, Eritrea is one of the most repressive, secretive and inaccessible countries in the world,” Amnesty International’s Eritrea Researcher, Claire Beston, told the BBC.

In its latest report this month, Amnesty International reported evidence of “arbitrary arrest and detention without trial on a vast scale to crush all actual and suspected opposition, to silence government critics and to punish anyone who refuses to comply with the restrictions on human rights imposed by the government”.

The government of Eritrea rejected the report as “wild accusations” and “totally unsubstantiated”.
However, Selam Kidane, an Eritrean expatriate and Director of Release Eritrea, a UK-based human rights organisation, told World Watch Monitor there had been an “intensification” of religious persecution since January.

“We can’t pin it down to anything that has happened, or triggered it, but there have been lots of arrests,” she said.
Kidane said the Eritrean government is following the leaders of illegal underground churches to gather information and make arrests.

And while religious persecution in Eritrea is not limited to Christians, Kidane said the underground Christian church has suffered most.

“Any religion that’s not willing to come under the control of the government is being persecuted,” she said. “It’s not just confined to Christians. But in terms of being completely banned, it’s the minority churches that have suffered the most – the Pentecostal Church, the Evangelical Church – they are ones that have been stigmatised and been accused of all sorts of things by their communities and by other faith groups.”

Almost half the population of Eritrea is Christian. Nearly nine out of 10 Christians belong to the Orthodox Church, while almost all the rest are Catholic or Protestant.

Eritrea is ranked 10th on the World Watch List, which ranks the 50 countries in which Christians are most under pressure for their faith.