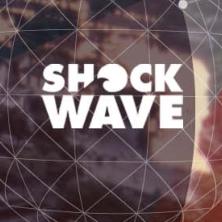 SHOCKWAVE is an exciting global prayer movement, hosted by Open Doors, that focuses on uniting youth and young adults, from all over the world, together in prayer for the persecuted Church.

The theme for SHOCKWAVE 2013 is ‘Prayer and Unity’ and over the course of March 1 to 3 “we want to stand, united in prayer with our persecuted brothers and sisters, for the millions of Christians who suffer persecution today”, says Open Doors in a press release.

This year the campaign is focussing on China, a country in which big things are moving in the natural world, but where God is also moving supernaturally amongst His children. In 1949 in China, Christians suffered severe persecution. Churches were shut down, Bibles were burnt, believers were beaten, hunted, abused, imprisoned – victims of injustice. But as the persecution of the Church in China increased, so did the revival that followed. The amount of Christians in China has increased from 1 million in 1949 to 20 million in 1980 and today there are around 80 million believers in China. And the Church in China continues to grow despite persecution.

Participants in the SHOCKWAVE prayer event will have the opportunity to share some of the stories of the persecuted Church, to partner with God and to pray for godly change for our persecuted brothers and sisters, says Open Doors. More information and a free SHOCKWAVE resource package (which includes a DVD, prayer cards, devotional guideline, testimonies and much more) can be obtained by emailing undergroundsa@od.org or phoning 011 888 9341. The resources can also be downloaded from www.opendoors.org.za.