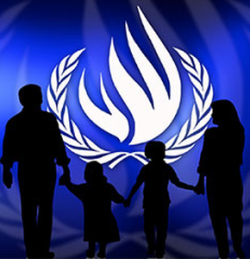 While emotions sizzle in wake of the Supreme Court ruling on same-sex marriage, the pro-family movement earned a big win at the United Nations.

The UN Human Rights Council adopted a resolution protecting the family, reaffirming it as the “natural and fundamental group unit of society.”

The Center for Family and Human Rights called it a monumental development that calls on all countries to take concrete steps to protect the family and to adopt family friendly laws and policies.

Fourteen countries, including South Africa, the United States, United Kingdom, and several other European nations voted against it, while 29 voted in favor and four abstained.

Much of the opposition stems from gay rights supporters who believe the resolution lays the foundation for opposing LGBT rights under international law.