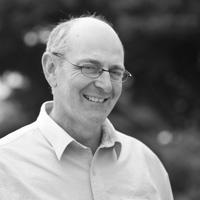 For the past 10 years a phenomenon known as the Mighty Men movement has been impacting men throughout South Africa. What is God saying and doing and planning through His Mighty Men in South Africa at this time? Strategic financial consultant and former Western Cape parliamentarian, HENNIE BESTER addresses this question

A group of men from Middelburg in the Eastern Cape were amongst the first to heed Angus Buchan’s call in 2004 to South Africa’s men to gather on his farm Shalom outside Greytown in KwaZulu-Natal. He was being obedient to an instruction from God to mentor the men of South Africa. After seven annual Mighty Men Conferences (MMC) at Shalom (the last one in 2010 brought together 250 000 men) Buchan passed the baton to the men raised up through the Shalom MMCs to continue the work around the country. The men from Middelburg decided to take up the baton and since 2011 two MMCs were held on Jannie Moolman’s farm, Renosterfontein, outside Middelburg.

The Middelburg MMC team originally decided to host the conference for three years and thereafter reflect on the way forward. The third MMC Karoo will take place on Renosterfontein from April 26 to April 28, 2013. In December 2012, the Middelburg team gathered to reflect on the purpose of their undertaking. At that meeting, the Lord started to reveal His heart to them.

“As South Africa moves into deeper and more troubled waters, God’s purpose in raising up the mighty men is becoming clearer. They are called to strengthen themselves to make Jesus, the Son of David, king in this nation. It requires the mighty men to unite before Jesus can be enthroned. They must form the spiritual foundation, the safety net, which will carry the nation through the turbulent times ahead as wave upon wave will crush upon the nation, upon rich and poor, upon black and white alike, with firm intent to maim and destroy.”

The heart of the MMC movement is to raise up mighty men for South Africa. The term “mighty men” is derived from David’s mighty men (1 Chron 11:10; 2 Sam 23:8). They were the “mighty men of valour” (1 Chron 12:21) who joined David in the wilderness while he was still fleeing from Saul. As Saul’s house and kingdom became ever more iniquitous after the Lord removed his anointing from him, more and more men joined David in the wilderness. They came from different tribes, and many of them were in distress because of debt or other reasons (1 Sam 21:9). However, they all had one thing in common: they recognised the anointing of God on David. 1 Chron 12 records how the Spirit moved one of them, Amasai, to declare: “We are yours, O David, we are on your side, o son of Jesse, peace, peace to you, and peace to your helpers, for your God helps you.” Whilst the drama of Saul’s inevitable end played out, the new kingdom was already taking shape in the wilderness as more and more men separated themselves to David. “For at that time they came to David day by day to help him, until it was a great army, like the army of God” (1 Chron 12:22).

Yet, David restrained this army from ever raising a hand against Saul. 1 Sam 24 records David’s remorse for cutting off a corner of Saul’s cloak when urged by his men to kill him. His reply reveals one of the great foundations of his enduring kingdom – “the Lord forbid that I should do this thing to my master, the Lord’s annointed” (1 Sam 24:6). The Lord hates rebellion. No enduring authority can be built on rebellion against existing authority.

It was eventually these mighty men “who strengthened themselves with him (David) in his kingdom, with all Israel, to make him king” (1 Chron 11:10). And they were the ones who fought David’s battles with him and sustained his kingdom. They moved in his anointing. While David was king it was never necessary to impose the domestic controls which his son Solomon had to impose to maintain order. The mighty men carried the kingdom and they could be trusted to loyally follow David and execute his will throughout the land.

As South Africa moves into deeper and more troubled waters, God’s purpose in raising up the mighty men is becoming clearer. They are called to strengthen themselves to make Jesus, the Son of David, king in this nation. It requires the mighty men to unite before Jesus can be enthroned. They must form the spiritual foundation, the safety net, which will carry the nation through the turbulent times ahead as wave upon wave will crush upon the nation, upon rich and poor, upon black and white alike, with firm intent to maim and destroy.

As the MMC Karoo team gathered on Renosterfontein in the first week of March to intercede for the 2013 conference, the Lord showed us that we are approaching a spiritual High Noon for South Africa. When we examined the meaning of this, we discovered that High Noon refers to a 1952 cowboy film. In the movie the marshal of a small town is abandoned by all the town’s men to face a returning outlaw and his henchmen alone. It was the same marshal who liberated the town from this outlaw’s destructive hold years earlier. Yet none of the men, including the churchgoers, would stand with the marshal to defend the town against certain oppression even though they enjoyed the benefits of liberty for so many years. They would rather compromise with the outlaw and submit to his evil intent than fight.

Call to join spiritual battle
Facing this urgent challenge, the call to South Africa’s mighty men is to join the spiritual battle, to “rule in the midst of Your enemies” as Ps 110, a prophetic call for exactly this time, promises. When Christ is enthroned in a nation, every knee must bow to Him – spiritual and worldly authorities – whether they acknowledge Him or not. This will require Christ’s brothers, the mighty men, to go to the cross for their families, communities and their country.

For this cross they must be strengthened, confirmed in their faith and united with other men and their families who have decided to identify unequivocally with Christ. And this is what the MMCs offer. The Biblical prototype for these conferences is the feasts of the Lord. In the Old Testament the Lord ordained a number of feasts. The three main feasts were the Passover, the Feast of Weeks (also known as Pentecost) and the Feast of Tabernacles. For these feasts “three times a year all your males shall appear before the Lord your God in the place which He chooses” (Deut 16:16). These feasts were times when all the people of Israel from different congregations and persuasions gathered to be confirmed in their faith, to hear from God, to be refreshed in His anointing, and to build and strengthen relationships with one another. They travelled together on foot or donkey to Jerusalem, with lots of time to talk and strengthen bonds in ways which weekly routines did not allow. In fact, it was such a joyful and trusting tour group that Jesus’ parents did not realise for a full day after leaving Jerusalem returning from the Passover that their son was not in the company (Luk 2:44).

These feasts were still maintained at the time of Christ. The most important events of Christ’s life took place during these feasts, notably His crucifixion during the Passover when He died as the Passover Lamb, the ultimate fulfilment of the feast. The Spirit was poured out on Pentecost (Acts 2:1). Whenever he could, Paul hastened back to Jerusalem to be there on the Day of Pentecost (Acts 20:16). So today we, the sons of God, have an equal need to gather from all denominations, regions and tribes to appear before Him to receive His direction, be refreshed in the Spirit, be connected to other brothers and their families, and to exalt Christ. Our expectation should be to meet God in the same way as experienced by Angus Buchan and those who went up to the Feast of Tabernacles in Israel last year when such a tremendous move of the Spirit took place. God wants to tabernacle amongst His people when they meet in faith and unity – and the men must lead.

The Lord commanded the men, when they come up for the three feasts, “not to appear before (Him) empty-handed. Every man shall give as he is able, according to the blessing of the Lord your God which He has given you” (Deut 16:16-17). That is why the MMC men of Middelburg decided that an entrance fee is not appropriate. Access to the Lord is free. Christ paid the entrance fee. But faith has a price. Rather then, each conference goer must contribute as he is called and as he is blessed.